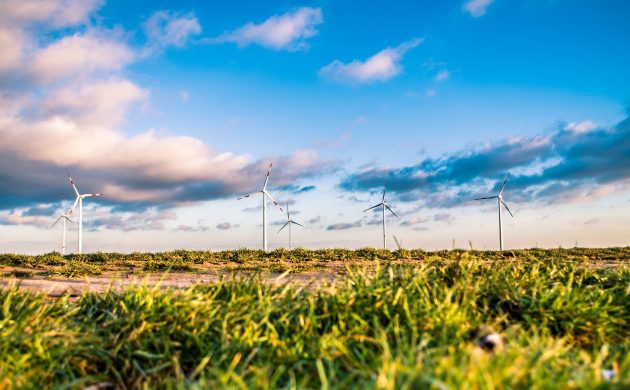 The business industry has welcomed the EU agreement regarding a seven-year budget and a coronavirus recovery fund, saying both have a clear focus on green investments that will benefit Denmark.

“When things are going well for Europe, things are also going well for Denmark and the Danish companies. Now it is a matter of getting the recovery fund into play as soon as possible, so that we can get growth and exports going,” said Thomas Bustrup, international director of Dansk Industri.

Investments in green transformation, digitisation and research are meant to ensure that the EU economy not only returns to normal levels, but also becomes more competitive in the long run.

“Despite the acute crisis, it is important for the EU to ensure that Member States implement growth-enhancing reforms of the labor market, the education sector and the public sector. It is absolutely crucial for the EU’s competitiveness and resilience to future crises that greater room for maneuver is created in the economy,” said Bustrup.

The European Parliament is expected to launch negotiations in autumn to approve the budget. Following this, the Council of Ministers must decide on an adopted version so that the recovery fund and the new budget can enter into force on January 1, 2021.

Faroese Minister: Arctic must not become playground for great powers
Conflicts of interest between Greenland, the Faroe Islands and Denmark must not affect security in the Arctic. This is according to the Minister of Foreign Affairs from Greenland, Steen Lynge, and the Faroe Islands’ national board member for foreign affairs, Jenis av Rana. They have repeatedly said that the region must remain a so-called “low-voltage” area. The comments came as US Secretary of State Mike Pompeo visited Denmark on Wednesday to promote US interests in the Arctic and to warn against Russian and Chinese activity there.

US requirements make Danish F-35 base more expensive
With over 50 million kroner extra so far, it has become costly to meet a number of requirements that the US Air Force demands of Denmark as a buyer of the high-tech F-35 fighter aircraft. Apart from military security and guarding of construction sites and buildings, it must not be possible to hack or attack the aircraft electronically in hangars. During the construction phase, it must also not be possible to install enemy spy equipment in the facility. The construction of the F-35 Campus for 1.1 billion kroner is underway and is expected to be completed in 2023.

Danish tourists involved in car accident in Norway
About 16 to 17 Danish tourists were involved in a car accident in the Grasdal tunnel on Strynefjellet in Norway on Tuesday. The accident happened between three cars and 15 meters inside the tunnel. All the tourists were awake and conscious. The accident was caused by a rear-end collision. “There is no suspicion of high speed,” said operations manager Knut-Dahl-Michelsen to Norwegian Bergens Tidende. Authorities will now question all parties involved. The Grasdal tunnel is almost four kilometers long, and it runs under Sætreskarsfjellet between Grasdalen and Skjerdingsdalen. It was first opened to traffic in 1977.