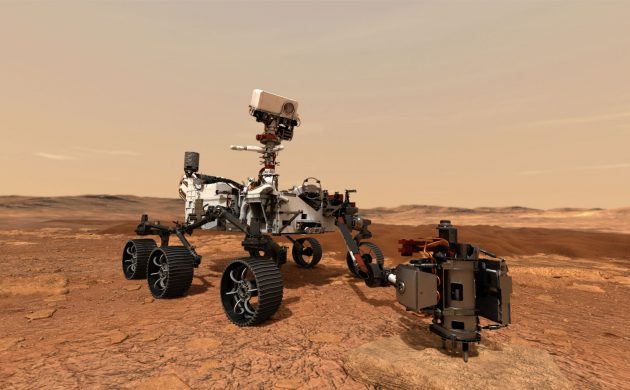 So-called supercameras and an oxygen machine are among the Danish contributions to NASA’s Mars Exploration Programme, particularly a rover mission set to take off this week.

The Mars Perseverance rover will launch from Earth on Thursday, with the mission aiming to answer questions about the potential for life on the Red Planet and search for signs of past microbial life.

Danish innovation is part of the mission as engineers and researchers from the Niels Bohr Institute and the Technical University of Denmark have been involved in creating high-tech equipment, DR reports.

Powerful cameras
With a total weight of over a tonne, Perseverance is the heaviest robot ever sent to Mars. It is almost three meters long, 2.7 meters wide and two meters high.

Niels Bohr Institute researchers have created a camera system called Mastcam-Z to find stones with potential signs of life. They have equipped the camera with a zoom function and technology to ensure that the white balance of the images is correct.

“This is very important, as the lighting on Mars is reddish due to the dust in the air and can change from hour to hour and from day to day,” said Morten Bo Madsen, associate professor at the institute and one of the researchers involved in developing the camera.

Producing oxygen
As part of the the rover’s system, there is a SuperCam tool right above the Mastcam-Z. It incorporates a powerful laser that can shoot at rocks and a telescope that can pick up light from the small area that the laser hits when it shoots.

Its purpose is to make quick analyses of rocks and rock layers.

Perseverance also has a special oxygen machine called MOXIE. It resulted from the work of the Niels Bohr Institute and DTU Energy.

The machine produces oxygen from carbon dioxide in Mars’ atmosphere by tearing the carbon dioxide molecules apart and putting their atoms together in a different way.

Used for fuel
The energy, like all other energy used on the rover, comes from a special generator in the tail of the vehicle.

MOXIE aims to pave the way for oxygen production on future Mars missions.

Most of the oxygen is to be used for the fuel that will bring astronauts from the surface of Mars and into orbit around the planet.