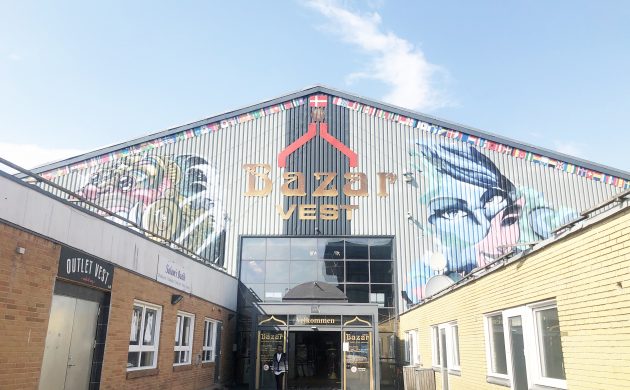 Bazar Vest: a haven for many immigrants in Aarhus
August 29th, 2020 5:03 am| by Kaukab Tahir Shairani

Anti-Muslim rhetoric is ablaze, anti-immigration sentiments continue to run high and racism has never been a bigger issue in a land where slurs such as ‘perker’ and ‘neger’ are habitually used to call people of colour.

Such is the climate, the government uses the equally offensive term ghetto to officially describe the areas where most of them end up living.

Discriminated against for their race, religion and refuge, nobody knows this better than the Somali community in Aarhus.

In the mid-1990s, Somalian refugees reported their harassment by the local authorities to the United Nations Human Rights Commission, and media reports confirmed at the time that Somalis suffered more discrimination than any other ethnic minority group in Denmark.

Both high-ranking politicians and media outlets indulged in smear campaigns and surveys revealed that even some ordinary Danes abhorred asylum-seekers.

Sadly not a lot has changed in the following 25 years.

“Exclusionary” environment
In March 2018, the former Venstre-led government introduced what it described as anti-ghetto legislation, which included plans to institutionalise children in the neighbourhoods by teaching them Danish language and values.

Other harsh measures have subsequently led to lower social benefits, stiffer punishments for certain crimes and hundreds being evicted to make way for private housing tenants .

In the same year, a controversial ban on wearing face-veils in public, the so-called ‘Burka Ban’, came into effect. Nobody was deluded enough to think it targeted criminal wearing masks, and many Muslim women have openly defied it, picking up many fines in the process.

Against this backdrop, a 2018 EU-funded report on European islamophobia accused Denmark of widespread Islamophobia with “exclusionary” political campaigns and “normalisation of everyday discrimination of Muslims”. It deemed Denmark to be an “ethnocracy” where power lay in the hands of just a few politicians.

And that was just 2018, as matters really started to escalate a year later in the build-up to the General Election. Rasmus Paludan, a far right lawyer and aspiring MP, received nationwide attention for his party Stram Kurs after desecrating Islam’s holy book in the Copenhagen district of Nørrebro – a stunt that provoked hours-long riots.

Just months later, his party narrowly missed out on winning political representation after winning 1.8 percent of the public vote, just 0.2 percentage points short of representation. However, another new party, Nye Borgerlige, did win seats: four of them after acquiring 2.4 percent of the vote, and it is currently polling at 4.2 percent – just 1.9 percentage points ahead of Dansk Folkeparti, a party it briefly overtook in June.

In its leader Pernille Vermund, it has arguably discovered the spiritual successor to DF founder and long-time leader Pia Kjærsgaard, or should that be PM Mette Frederiksen, whose anti-immigration policies pushed her party’s supporters over to her left bloc allies whilst drawing the lion’s share of the 21.1 percent who backed DF in 2015.

So don’t expect the government to reverse their predecessors’ policies. Remember that back in 2017, Frederiksen expressed her desire to shut down a number of the Muslim friskoler.

Conflicting opinions
Nowhere can the anti-Muslim, anti-immigrant and racist rhetoric be so keenly felt than in the Somali communities living in Aarhus V and some of its adjoining suburbs.

An outbreak of the coronavirus in Gellerup, a ‘ghetto neighbourhood’ housing 8,000 people to the west of Aarhus V, in which over 60 Somalis (the media rarely refer to them as Danes, even though some have citizenship) were reported in early August, has seen an outpouring of vitriol from the media, public and politicians keen to stoke the flames to increase their support.

Kjærsgaard’s response to the outbreak was to call for curfews in all of the country’s ghettos. However, Peter Hervik, a PhD associate professor in migration, racism and anthropology at Aarhus University, disagrees:

“Reasons for high infection rates in Gellerup are likely because many are working in healthcare, driving buses, etc,” he said, conceding that the community’s track record has probably worked against it.

“For many years and across the political spectrum, Somalis are considered so ‘different’ that it is practically impossible to integrate them into Danish society,” he added.

“Meanwhile, politicians who talk about the rights of minorities in the media are met with resentment and a loss of voters.”

Another academic, Laura Gilliam, an associate professor in educational anthropology at Aarhus University, contends that minority children, particularly those with a Muslim background, are let down by the education system.

“Instead of looking at individual reasons, many teachers explain these childrens’ behaviour with stereotypical religious or cultural explanations,” she said.

“At least we feel safe here”
At Bazar Vest, a melting pot of cultures and favoured shopping destination by many immigrants in the city (most notably from Asia and Africa), many of its residents said that the rise in rhetoric had made them afraid to leave the district.

In Aarhus West, at least, they feel safe. “There are some white areas in Denmark where I’ve gotten dirty stares,” contended Jasmine Afolabi, a 13-year-old from the district.

Afolabi, who is Danish by nationality but has parents from Nigeria and Namibia, said that she attends a nearby school in the Aarhus West area as it gives her a “sense of belonging”.

Two burka-clad female immigrants with a Muslim background from Somalia conceded that racist attitudes prevail. Teka Ahmad and Asiili Sheikhnur narrated first-hand experiences of being uncomfortable outside their neighbourhood.

Elaborating further, Sheikhnur termed the heavy Muslim enclave to be a ‘village’ of black people. “Outside this area, Danish people look at me in a racist manner,” she concluded.

Sidibe, an immigrant from Sierra Leone who has been living in Denmark for the past 14 years, contends that black people are often “stared at” or given unwelcoming looks.

There’s a line
But not everyone from Aarhus West feels discriminated against – if anything, many of the locals are quite laid-back about the situation.

“If you live in a country, you must respect their system, which I do,” said Mike Eke, an immigrant from West Africa.

About 2,500 people gathered outside Aarhus City Hall in June to kneel in silence in solidarity with the BLM movement following the murder of George Floyd in police custody in May, but Eke was not impressed.

“This was propaganda because nobody is protesting about the tens of thousands of black people who die in Africa every day,” he contended.

Mohamed Abdi Warsame, a Somali immigrant, does not think the problem is endemic: “I have been living here for 14 years and I find Danish people and Danish society to be one of the most tolerant in the world.”

However, some politicians, like Paludan, said Warsame, know all too well how to “provoke” people. Citing the 2005-06 Mohammed Cartoons controversy, he conceded there is a line you should not cross.

“Even some of the locals disagreed with that,” he said.