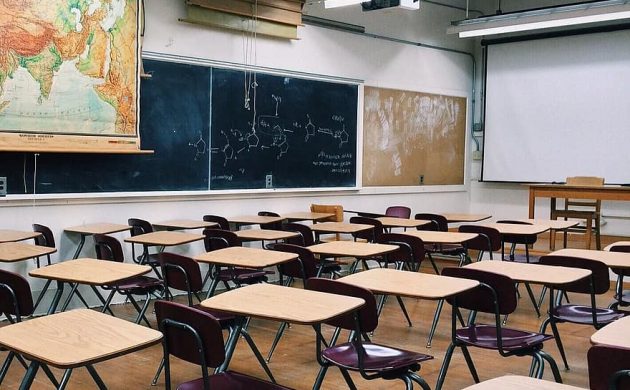 Denmark sits in a disappointing last place when it comes to the education of refugees (photo: pikist.com)
September 16th, 2020 5:34 pm| by Luke Roberts

Among the Nordic countries, refugee and migrant children do worse in Denmark than any other, according to a new report from the Nordic CAGE project.

For refugees arriving at a late school age, the school drop-out rate is over 30 percent: almost twice what it is in Sweden.

“Denmark and Finland have the worst school results for refugee children in both primary and secondary education, even when broken down by country of origin and age of arrival,” Christopher Jamil de Montgomery of the University of Copenhagen told DR.

In light of these findings, researchers have suggested a re-evaluation of national policies regarding the education of refugees in order to maintain the twin principles of educational quality and equality.

Denmark steps in to help refugees in Greece
The authorities have pledged 22.4 million kroner in extraordinary aid to Greece following the fires that ravaged the Moria refugee camp. This represents a doubling of Denmark’s aid to Greece, and it is intended in part to secure housing for roughly 4,000 unaccompanied refugee and migrant minors.

Danish experts deployed to Afghanistan
Communications specialists will next year be shipped out to Afghanistan as part of NATO’s Resolute Support Mission, contributing to the establishment of stable and secure communication between NATO units. Roughly 25 Danes will make up the ‘Deployable Communication Module’.

Iraqi embassy to open
With Denmark taking over the leadership of NATO’s mission in Iraq at the end of the year, the government has signalled its intention to open an embassy in Baghdad. The embassy is expected to open in the autumn. Meanwhile the embassy in Malaysia will close.

WHO contribution doubled
In 2021, Denmark’s contribution to the international development branch of the World Health Organisation will be doubled to 70 million kroner. This comes alongside a number of other measures in the 2021 Finance Act aimed at providing support to developing nations across the world.

Maersk migrants arrive in Sicily
After nearly 40 days at sea, 27 migrants aboard a Maersk tanker stranded off Malta have safely landed on the Italian island of Sicily. The group were picked up by Mediterranea, an NGO based in Spain after weeks of debate over who was responsible for the migrants.

Denmark contends for a position on WHO’s global board
Søren Brostrøm, the head of the National Board of Health in Denmark, has been nominated as a candidate for the World Health Organisation’s executive board. If elected it will be the first time Denmark has had a place since a stint between 2006 and 2009. Brostrøm has served for the past year as chair of the WHO’s European regional board.

Green Future Fund launches
On Monday, Denmark launched a fund aimed at supporting the green transformation both at home and abroad. The Green Future Fund will ensure more private investment for green solutions in developing countries – particularly in Africa.

Denmark supports Sudanese reform
As part of an international chorus, Denmark has put its name to a draft declaration signalling support for the reforms undertaken by the Sudanese transitional government. In particular, the international group has been pleased with the promotion of human rights and religious tolerance in the country.