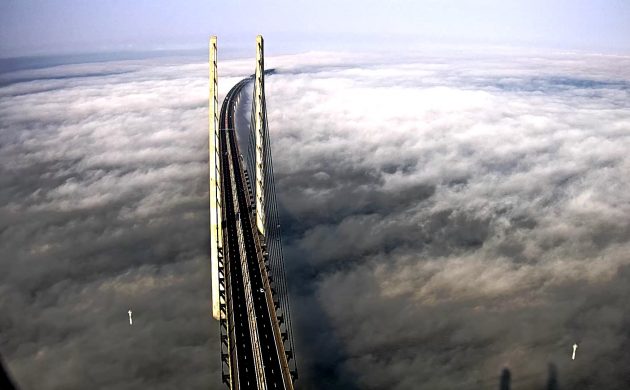 Danish Defence has revealed that a Russian warship has been involved in a collision this morning in Danish waters near the Øresund Bridge.

The frigate, which was heading towards Gothenburg from St Petersburg, collided with the 145-metre long freighter ‘Ice Rose’ just south of the Drogden Channel.

The ‘Ice Rose’, which is registered in the Marshall Islands, has been detained by the Danish authorities, while the Russian warship is being monitored. Neither ship appears to be taking in water.

“We have no sanction possibilities regarding the Russian warship as it is considered Russian territory,” said Klaus Thing Rasmussen, a Defence spokesperson.

Fog may be to blame
According to Rasmussen, indications suggest the ships were sailing in the same direction when the accident happened.

It is yet unknown what caused the collision, but there was heavy fog in the Øresund Bridge area this morning.

And according to the online maritime media Søfart, the Russian vessel had its automatic identification system (AIS) disabled at the time, despite the fog.