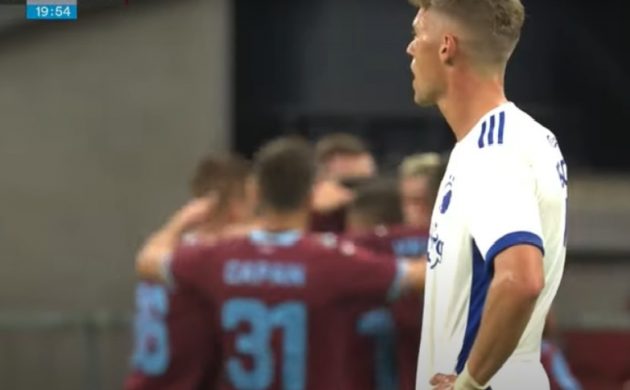 FC Copenhagen have crashed out of the Europa League following a lacklustre 0-1 loss at home to Croatian side Rijeka last night.

The deciding goal midway through the first half looked like something out of a Benny Hill sketch – surely one of the more bizarre own goals you’ll ever see (check it out below).

The result means the Lions miss out on a European group stage for only the second time in 15 years.

The group stage will be played between October 9 and December 9.