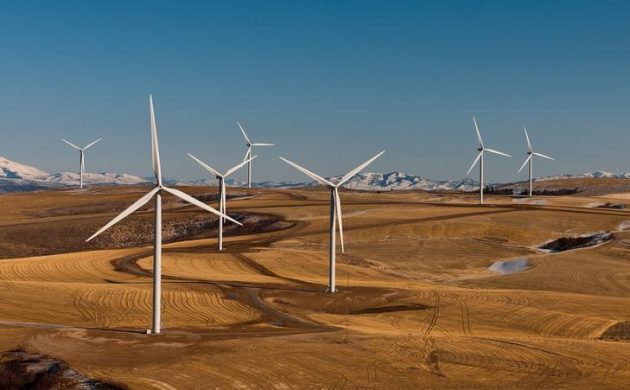 Low-wind conditions
It claims that the new turbine is globally applicable, but that it is particularly suited to areas with “low and ultra-low” wind conditions.

India and the USA are the biggest markets with demand for this particular kind of innovation.

Operational by 2022
In India, the turbine will be sourced and manufactured locally, with Vestas promising 1,000 new jobs within the next year at its factory in Chennai.

Prototypes are expected to be installed at the end of next year, with full production starting in early 2022.

Staycation boom
COVID-19 has undermined many people’s holiday efforts, but in Denmark the need to get out of the house has not yet been stifled. Staycations in Denmark over the autumn holidays are up 50 percent on last year, according to Danmarks Statistik. Germany is still the preferred option, however, with the country accounting for 88 percent of total holiday home bookings for the period.

Copenhagen’s hotels suffering
Despite the increase in Danes holidaying at home, the summer was a disaster for the country’s hotels – with the capital being particularly hard-hit. In total, almost 2.5 million overnight stays were lost compared to last year, amounting to billions of kroner in missed revenue. The six-day rule is especially being blamed for hoteliers’ woes.

Big-pharma drives autumn production boom
A new report from Danmarks Statistik reveals that increased production in Denmark’s pharmaceutical sector in August has helped to lift industrial production as a whole. Despite the hit from the coronavirus pandemic, Danish production increased by 5.9 percent over the month, driven largely by the pharmaceutical industry’s 19.5 percent increase in output.

Novo Nordisk Foundation to fund global problem-solvers
A total of 348 million kroner has been allocated across six researchers over six years, as the Novo Nordisk Foundation looks to research new solutions to some of the world’s biggest and most pressing problems. The three projects cover biodiversity, quantum technology in green energy, and the use of waste in green fuels.

Scania struggling in Coronavirus Crisis
A study carried out by Novus and Sparbanken Skåne has found that one in four people in Scania have been financially impacted by the coronavirus pandemic. In total, 51 percent of those affected financially have stated that they have received reduced income, while 44 percent claimed they had lost money invested in the stock market.

Bilka hits golden anniversary
Today marks 50 years since Bilka opened its doors for the first time, changing Danish shopping habits for good. The supermarket’s ‘big box’ strategy meant providing a space for shoppers to buy big and in bulk, negating the need for more than one shopping trip a week. Today Bilka has 19 department stores alongside its online store.

Ambu wins US contract
Medical company Ambu has won the right to resource 20 percent of America’s hospitals after winning a contract with an anonymous purchasing company. It relates to the supply of disposable endoscopes, with a new model from the Danish company being approved by the FDA in April this year.