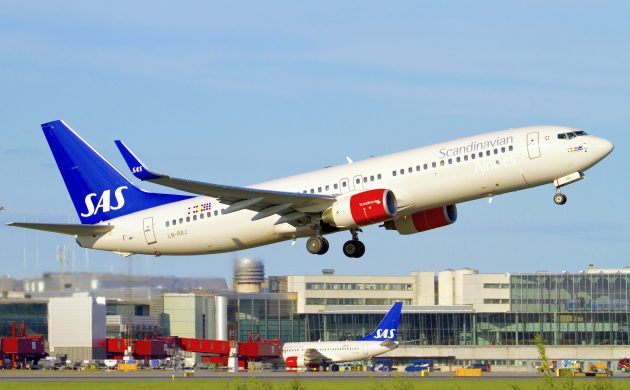 With travel restrictions showing no sign of budging, Nordic airline companies across the board are continuing to struggle. Scandinavia’s biggest provider, SAS, is no different.

September saw a number of new countries added to Denmark’s ‘banned’ list, slashing demand overnight for travel to countries such as the UK and Iceland. As infection rates continue to rise in Europe and across the world, it is not clear when these restrictions will be lifted.

Sales plummet
For another month, passenger numbers have been low for the airline giant, whose main hub lies in Copenhagen-Kastrup airport. In total, 614,000 flew with SAS in September – 100,000 fewer than in August and 2.3 million fewer than September last year.

It is a pattern seen across the Nordic airline companies. Finnair passenger numbers were down 91 percent on last year to 115,000, whilst Icelandair’s figures fell by 97 percent to just 11,869.

SAS has however benefited from a number of factors. A relatively large Norwegian domestic market has supported high rates of domestic travel in the region overall.

Meanwhile plans to recapitalise the company have also brought a sense of long-term stability overall, as well as some glimpses of optimism amongst some stakeholders.

Employees shoulder the burden
Optimism will be scarce amongst the airline’s employees, however. After a heavy round of job losses in June, in which 1,593 employees in Denmark were laid off, things are only going to get worse for those that remain.

Of the 2,600 remaining Danish employees, around 1,800 will have to choose between a cut in pay of up to 50 percent or dismissal. The pay cut corresponds to the new ‘division of labour’ agreement made between the government and the social partners last month.

Under the agreement, employees are sent home for up to half of their working hours and receive a salary corresponding to this decrease in hours.

Talking to DR, press officer Sille Beck-Hansen explained that “this agreement will ensure that we can maintain jobs and get the company through the crisis”.