European Press Prizes will be awarded this week, honouring outstanding work in the industry. (Photo by istock)
April 14th, 2016 6:00 pm| by The Copenhagen Post

While there are no Danish articles or journalists among the shortlisted nominees for this year’s European Press Prizes, there is a Dane among the judges: Jørgen Ejbøl, the former editor-in-chief of Jyllands Posten and chairman of JP/Politiken.

The five category winners will be announced on April 14, but already the organiser Forum 2000 has stressed that this year’s prizes will have a special focus, the refugee crisis, and its Special Award will pay tribute to some of the great pieces written about it.

Still your best bet
If you visit europeanpressprize.com, you will see how good journalism digs into the chaos in the world and give us insight about the troubled areas.

True, journalists can sometimes lose their focus in their quest for the story that might attract the most interest, but it’s no wonder when we see what they are up against.

Recent internet and social media and smartphones advances have made everything available for everybody anytime – or so they say? As things stand, journalists remains the best protection against misinformation.

Dangerous job
At the same time, it’s important to remember that many journalists work under dangerous conditions in war zones and under scrutinising control in waking democracies or totalitarian environments.

Last year the award-winners covered corruption, suppression, and cover-ups. Even now, an alarming number of journalists are imprisoned. In Turkey, the government recently closed one of the largest dailies.

In Egypt and China, hundreds have been locked up. And Turkey is not much better.

High standards paramount
We have to remember that good journalism needs to maintain high standards.

However, without help it does not work. The Panama Papers were not released on their own – somebody helped. Now investigative journalists can contribute to closing the immoral tax havens that have clouded rich people with greed.

The third driver of humankind is sex – but that is another story. (ES) 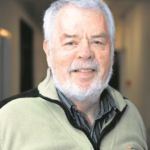