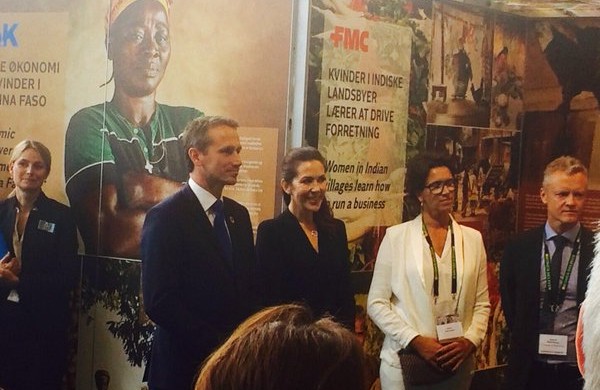 As part of the ongoing Women Deliver 2016 (WD2016) global conference taking place in Copenhagen right now, the foreign minister has decided to give 65 million kroner to the civil society fund AmplifyChange.

The fund supports civil society in developing nations, particularly in sub-Sahara Africa and south Asia, by tackling circumcision, unsafe abortion and child marriages, among other things.

“Civil society plays an incredibly important role in working to promote the rights of women and girls across the world,” said Jensen.

“AmplifyChange makes women capable of knowing and fighting for their rights in terms of child marriages, abortion, female circumcision and gender violence.”

Princess Mary’s flagship
Also present at the WD2016 event, Voices for Change, was Crown Princess Mary, who is a passionate advocate of health, gender equality and the empowerment of women and girls.

AmplifyChange was established by Mary during the UN General Assembly in 2014.

Denmark are among the initial backers of the fund, along with the Netherlands and two private US funds, the William & Flora Hewlett Foundation and the David & Lucille Packard Foundation. Since its inception, Norway, the UK and the private firm Viiv Healthcare have also joined the ranks of supporters.

AmplifyChange has approved 182 projects in 151 nations since it was established and Denmark has contributed over 230 million kroner to the fund – an amount only surpassed by the UK.