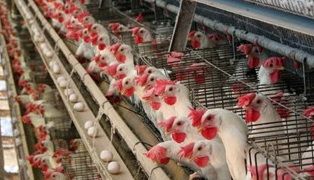 Many Danish supermarkets are vowing to remove eggs from battery caged hens from their shelves.

Removing those eggs in favour of free range, organic and other alternatives is a misunderstanding of animal welfare, according to Peter Sandøe, a former chairman of the animal ethics council Dyreetisk Råd, who is a professor of bioethics.

“When you look at how things are going with the hens in the free range system, there are some serious problems,” Sandøe told DR Nyheder.

“They are attacked and pecked and many actually die before they are slaughtered.”

Safer in cages
The professor said the numbers show that caged hens often live longer than their counterparts on the range.

While only 3.5 percent of cage hens die before slaughter, 6 percent of organically-farmed hens and 10 percent of free range hens meet an early demise.

“The mortality rate in the free range system is three times higher,” he said.

Sandøe said the free range practice of having between 3,000 and 15,000 chicks living in large groups is contrary to their nature, and that modern cages mimic a hen’s natural state more closely than free ranging does.

“The cages we have today are not the same as in the old days,” he said. “Today, they have access to a nesting box, perch and scratching space.”

Not so fast
Sandøe agreed that having the hens in any sort of cage is not ideal, but that more needs to be invested in finding a way to reduce the mortality rate among free range and organic hens before doing away with cages completely.