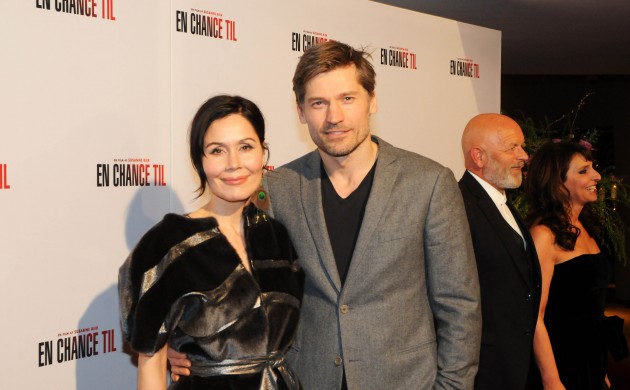 You can probably appreciate why the wife of Jamie Dornan doesn’t want to see his star turn in ‘Fifty Shades of Grey’. Watching Hubby with another woman is bad enough, but why doesn’t he do all that to me, she would most probably think.

But to not watch your husband’s international breakthrough in the world’s most popular and acclaimed drama TV series – well, that sounds downright preposterous.

Is Hubby too horrid?
Until, that is, you take into account that Hubby plays a child-murdering, baby-executing, horribly vain, king-slaying, incestuous daddy’s boy.

READ MORE: “The Lannisters are the Manchester United of ‘Game of Thrones’”

Maybe this explains why Nikolaj Coster-Waldau’s wife Nukaaka has never seen him don his tights and prosthetic hand to play Jaime ‘Kingslayer’ Lannister in the titanic HBO hit ‘Game of Thrones’.

“I’m pretty much a single mother [when he’s away filming] and also working hard, so I almost never have time for television. I can’t even figure out how to turn it on and have to ask the kids.”

As excuses go, it sounds plausible enough – well maybe not the bit about a 45-year-old being television-illiterate – until you factor in she was on her way to spend some of her leisure time watching Justin Bieber, the worst concert of 2016 by all accounts.

READ MORE: Bieber believers few and far between in Copenhagen

‘Sorry’ didn’t cut it on Sunday night, but is it too late for Nukaaka?