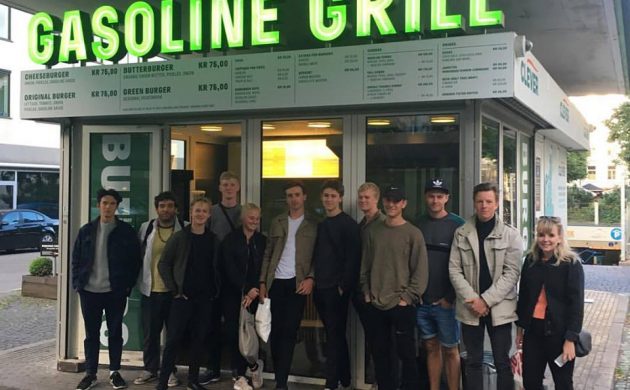 With the emergence of restaurants like Halifax, Cocks n Cows and Juicy Burger, it’s tough to topple the notion that Denmark has acquired a taste for decent burger joints in recent years.

And now, in the relatively unknown Gasoline Grill, Copenhagen has one of the best in the world, according to US media group Bloomberg.

It has named Gasoline Grill among a select group of 27 burger joints from around the world (over half of them are located in New York, LA or London), and it is the only one hailing from the Nordic region.

“This place came on my radar from the guys at Noma, who did a collaboration with them,” Scott Collins, the co-founder of Meatliquor who is one of the three burger experts behind the ranking, told Bloomberg.

“It’s in an old petrol station, which is a novel outlet. They do a roadside burger not dissimilar to ours.”

READ MORE: Iconic US burger chain beefing up in Denmark

Grillin’ up a storm
Since opening in April 2016 in a former petrol station at Landgreven 10, a stone’s throw from Kongens Nytorv in the city centre, Gasoline Grill has quickly gained a reputation for outstanding burgers.

The concept simply consists of offering four types of burgers – including one named the ‘Butter Burger’ (a big dollop of butter replaces the cheese).

And it’s good to get your orders in early, because when the joint sells out – and it does quite frequently – you’ll have to wait until the next day to get your tasty meat injection.