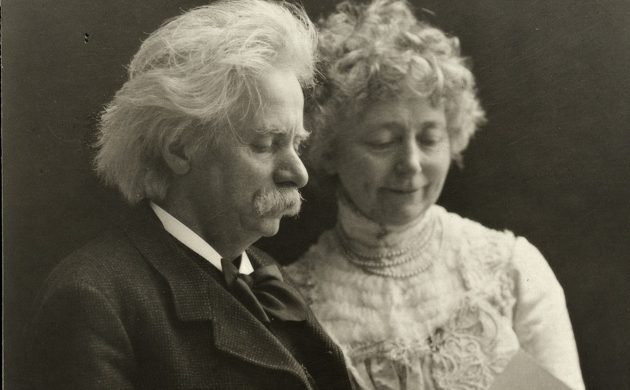 Norwegian composer Edvard Grieg lived with his wife Nina for 10 years in Copenhagen where he composed his masterpiece (photo: National Library of Norway)
January 16th, 2017 7:47 pm| by Christopher Follett

It was in a cottage in Søllerød, north Copenhagen, which now houses the local museum, that Edvard Grieg (1843-1907) wrote his world-famous ‘Piano Concerto’ – one of the greatest 19th century romantic piano works, and surely the best loved piece of Scandinavian music ever – nearly 150 years ago.

Grieg, a Norwegian of Scottish and Danish descent – his great-grandfather Alexander Grieg, a Scotsman, settled in Norway in the mid-18th century, twice married Norwegian girls and became British consul – was born in Bergen in 1843.  However, the favourite son of Norway’s second biggest and rainiest city was a frequent visitor to Copenhagen, spending roughly a decade of his life in the Danish capital.

Grieg first visited Copenhagen in 1861 prior to spending three years studying music at the Leipzig Conservatoire, and his last visit was in 1907 for treatment at the Skodsborg Sanatorium, north of Copenhagen, where he underwent treatment for pleurisy only months before his death at the age of 64. Grieg is buried at his home in Troldhaugen near Bergen.

Copenhagen calling
Leipzig was followed by three happy years in the 1860s in Copenhagen, the musical capital of the Nordic region and the only city rich in European cultural life on an international level. Here Grieg worked with Scandinavia’s most important musician of the time, the Danish romantic composer Niels W Gade (himself a disciple of Felix Mendelssohn), and mixed in musical circles, meeting and befriending Danish composers Carl Frederik Emil Horneman, Johann Peter Emilius Hartmann and Louis Hornbeck, as well as compatriot Rikard Nordraak, who wrote the Norwegian national anthem, and much later Carl Nielsen, the greatest Danish composer.

In Copenhagen Grieg wrote his famous ‘Piano Sonata’ as well as his first of three violin sonatas, taking them to his idol Gade for approval before the pieces were performed. At this time Grieg met and was entranced by his Danish cousin Nina Hagerup, with whom he had grown up in Bergen but who had since moved to Denmark. Nina was an excellent pianist with a beautiful voice that fascinated the Norwegian composer and the couple became engaged in 186. Grieg’s present to his fiancee, Melodies of the Heart Opus 5, took the form of four songs with texts by his friend, who was none other than the fairy-tale author Hans Christian Andersen. Grieg and Nina married at St Johannes Church in St Hans Torv, Nørrebro in June 1867.

The Griegs spent the summer of 1868 in leafy, idyllic Søllerød at the cottage called Mothsgaarden, which still exists today as Søllerød Museum. Opposite Mothsgaarden lies the ancient 17th century hostelry of Søllerød Kro where Grieg would pop in for refreshments during breaks from composing his concerto.

Symphonies in Søllerød
It was here in Søllerød, a suburb of north Copenhagen today, that Grieg composed ‘Piano Concerto in A minor, Opus 16’, a masterpiece abounding in romantic themes, cascading pianism and gushing Nordic lyricism. It was, agree most experts, one of the finest specimens of the entire piano concerto genre, even if Grieg was never fully satisfied with the work and continued to refine it for many years.

“It was a stiflingly hot summer [at Mothsgaarden], but I look back on that time with great joy,” Grieg wrote.

“The sweltering weather was too much for me, but I nonetheless felt the urge to get to work, so I sat down and wrote a concerto for piano and orchestra that has some pretty good stuff in it. I should have time in the autumn to start work on the instrumentation of the first movement, but time is short and I’m going to have to work in the evenings if I am to get the concerto finished before Christmas.”

The work took longer to complete than Grieg expected. A premiere planned for December 1869 had to be put off until the spring of the following year.

A royal audience
After spending the winter in Norway polishing up the orchestration, the work enjoyed its world premiere at the Casino Concert Hall in Copenhagen in April 1869. Grieg’s pianist friend Edmund Neupert performed it under the baton of Royal Danish Orchestra conductor and ballet music composer Holger Simon Paulli.

Attending the premiere were Queen Louise of Denmark and composer colleagues and friends Gade and Hartmann, as well as the great Russian piano virtuoso Anton Rubinstein – a friend of Liszt – who kindly provided his own piano for the concert. Grieg himself was not present at the world premiere of his greatest work due to commitments back home in Norway.

Grieg was later the soloist who performed the concerto at a Danish performance at the Royal Theatre on 30 January 1886 with Swedish composer Johannes Svendsen conducting – a concert that followed on quickly from a triumphantly successful performance of ‘Peer Gynt‘ at the Dagmar Theatre. In March of that year Grieg went on a concert tour of Jutland with the concerto, which quickly gained immense popularity throughout Europe, bestowing international fame on the Norwegian composer.

Serenades of sorrow
The concerto was also the highlight of the first ever Nordic Music Festival held in Copenhagen in 1888.

The great ‘Piano Concerto’ was Grieg’s masterpiece, heralding his final breakthrough as a composer, even if the joy of his success was to be short-lived. Alexandra, Grieg and Nina’s daughter, died at the age of one of meningitis a month after the world premiere of the concerto. She was their only child.