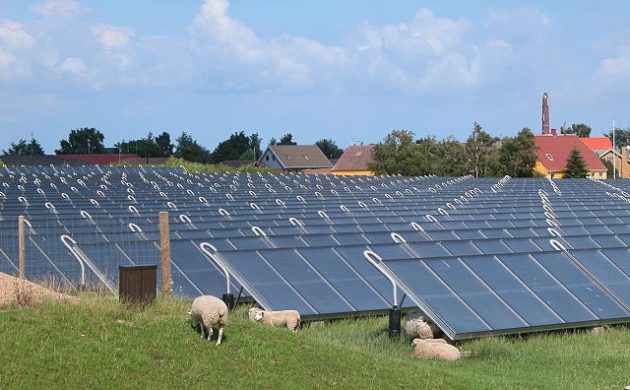 Number one in Europe – and the government wants to keep it that way (photo: Erik Christensen)
April 27th, 2017 2:10 pm| by Stephen Gadd

Denmark has maintained its number one position as an exporter of energy technology and services, with these sectors accounting for 11.8 percent of total Danish exports.

The results have been obtained as a result of the Ministry of Climate and Energy, DI Energi and Danish Energi pooling their data.

They show that total exports amounted to 83.8 billion kroner in 2016. The climate and energy minister, Lars Christian Lilleholt, said “these export figures remind us that the energy sector is enormously important for Denmark’s economy, employment and welfare.”

“We mustn’t rest on our laurels, which is why the government has recently launched an ambitions export strategy, the goal of which is at least to double the amount of exports in these sectors so Danish companies can secure an even bigger share of this market and create more growth and more Danish jobs.”

A competitive market
Germany is still Denmark’s biggest export market, whilst the Netherlands and UK are in second and third place, respectively. Danish exports to the latter two countries have gone up dramatically since 2015 and it is especially green energy technology that has been in demand.

“Companies are operating in a very competitive marketplace. We still have a technological advantage in a number of areas and with our export strategy we have created a basis for increasing exports,” said Troels Ranis, the branch director of DI energy.

“It’s a daily struggle if we want to utilise our advantage and create more export orders, but we must remember to think in new, innovative ways.”

Germany and Finland come in at number two and three in the energy technology and services league table, but while Denmark’s share has increased compared to 2010 levels, Germany and Finland have experienced a decline in their market share over the same period.