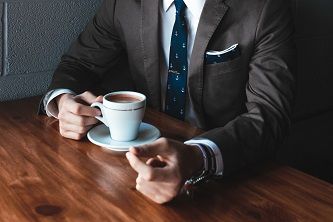 Have you ever been caught in the wrong clothes at the wrong time? I don’t mean in shorts while skiing, but in a professional context.

I have, so these days, I do my best to avoid it. Not only is it awkward, but it also reduces your chances of making a good impression and, ultimately, making sales.

Pass the word to Mr Wolf
An example of a clothing faux pas that I made was, in a previous job. I went straight from a meeting with a client in the financial sector to a project kickoff with a very different customer, who needed to map and optimise their business processes.

There I was on an early Friday afternoon: slicked-back hair, dark suit and armed with a PowerPoint. The result = completely unsuccessful in getting a buy-in from the client’s staff.

The problem was that I did not signal “together we optimise the workflow, so you can spend more time on core activities.” I was more like Mr Wolf from ‘Pulp Fiction’ – called to solve a problem.

It may seem superficial, but my appearance made a difference. The kickoff, and especially the subsequent project, would have gone better had I dropped the jacket and tie and rolled up my shirtsleeves.

15 seconds and counting
Obviously, your professionalism counts. But you may never bring it into play. On average, first impressions are formed in 15 seconds − light years before you have had a chance to speak.

This is why you need to be aware of your appearance. And appearance is not about looking like a model; it’s about mirroring your environment.

Appearance is a prerequisite
Of course, appearance doesn’t cut it alone. A career requires more than ironed shirts and polished shoes. Or, as Alan Dundes says: “Light travels faster than sound. This is why some people appear bright until you hear them speak.”

Appearance is a prerequisite for being taken seriously and obtaining talk-time. That means it’s okay that looking the part is considered as important as your professional skills. It’s okay that you can be promoted or get kicked out if you do not master the art.

Or is it? What do you think 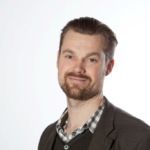 Steen Vive is senior advisor at Djøf, the Danish Association of Lawyers and Economists. He is a blogger and manager of various projects aimed at generating jobs in the private sector. In this column he writes about trends and tendencies in the labour market. Follow him on Twitter @SteenVive