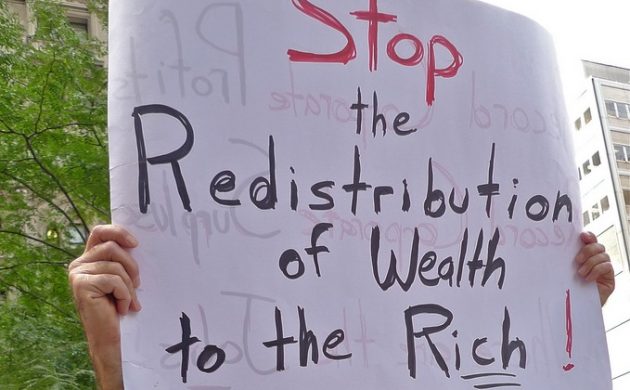 The headline of this piece is the conclusion reached in an editorial in the Danish daily Politiken on June 6 relating to the economic co-operation and development organisation OECD’s volte-face regarding the recommended future behaviour of modern governments.

Protectionism is not the answer. It will inevitably lead to less equality, less welfare and greater global problems.

It doesn’t work for me
Untamed liberalism is also a mistake. The world is full of angry people who lament over inequality. They do not feel that the system works for them, and it is unjust. They seem to be right. Free trade is a cause of unemployment and injustice.

Their anger is founded on real problems. But free trade is better than protectionism. The world has long since lost the innocence of splendid isolation.

A new third way
The OECD is now recommending a third way. The governments and supra-national institutions such as the EU should redistribute the wealth created from free trade via the tax system (not tax evasion) and invest in education, health and infrastructure.

Middle-class welfare is the answer.  The super nationalists are EU-sceptical and call for border controls, customs walls and general protectionism. The super liberals are almost religious in their zeal for deregulation and unfettered market forces. These are both dead-ends.

OECD recommends a political global structure that will allow the advantages of the free movement of labour and capital to be distributed more evenly, as well as not leaving big groups of frustrated middle-class people who are now looking at the disruption with horror instead of optimism.

A sensible Danish plan
The Danish government has launched the 25 plan – a revised plan for the future – along these lines. It is recommending a redistribution policy and a basically responsible economic policy.

The overall perspective is a global policy without big divisive differences among people. The pendulum is swinging back from the migration of manufacturing to the cheapest and most miserable people to local production by robots and global competition – in other words: into services instead. That means zeroes and ones – and that is brain-related more than anything else.

World consumption is becoming smarter and waste will be a less pressing problem with proper global controls to face climate change. That needs smart governments who do not sub-optimise.

Thank you OECD for your volte-face.  It is the right policy, stupid!