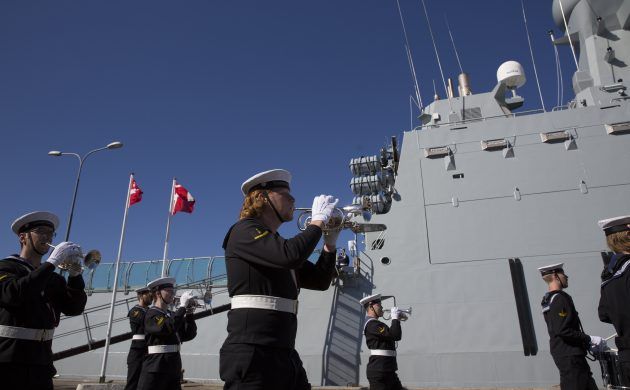 Does the Lauge Koch have some dirty little secrets hidden in its hull? (photo: Karstensens Skibsværft)
September 27th, 2017 8:25 am| by Christian W

The case involving the possible involvement of North Korean labourers in the construction process of the new Danish Navy ship Lauge Koch has taken a new turn.

The UN has decided to delve into the case because the allegations would be a clear breach of international sanctions currently imposed against North Korea.

“They are building a military ship, and that is expressly forbidden,” Hugh Griffiths, the head of the UN expert panel charged with monitoring sanctions against North Korea, told DR Nyheder.

“We had no idea that North Korean workers were involved with military projects in the EU. We wrote in our last report that they worked in shipyards, but we didn’t know they built military ships.”

First time in EU
Griffiths said that his panel looked into cases in countries such as Syria, Eritrea, Egypt and Angola – all nations that have had military equipment built by the North Koreans – but never the EU before.

The UN sanctions have been levelled at North Korea in a big to coerce the country into ceasing its nuclear program.

Griffiths said the UN panel would now contact the Danish and Polish authorities to collect information and report their findings to the UN Security Council.