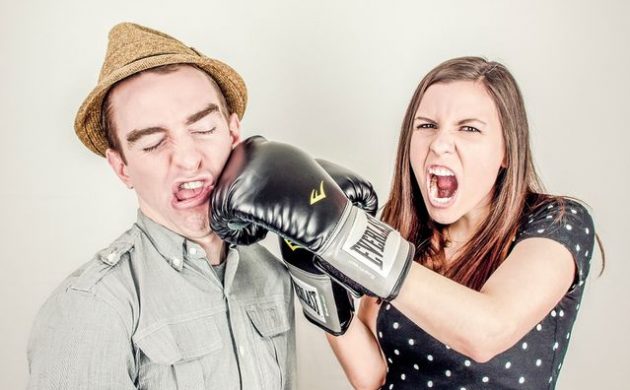 Finally, there is scientific evidence confirming what all women knew all along: they are the strongest gender!

And it’s Danish researchers from the Max Planck Odense Center and the University of Southern Denmark who have laid waste to the battle of the sexes by investigating historical life expectancy data.

They discovered that women had longer life expectancies than men during catastrophes – such as during the Great Famine of Ireland from 1845-1849.

“We studied male–female survival differences in populations of slaves and populations exposed to severe famines and epidemics. We find that even when mortality was very high, women lived longer on average than men,” the research found.

“Most of the female advantage was due to differences in mortality among infants: baby girls were able to survive harsh conditions better than baby boys. These results support the view that the female survival advantage is modulated by a complex interaction of biological environmental and social factors.”

Slavery the exception
Before the hunger crisis, both sexes had an average life expectancy of around 38 years, but during the famine that figure tumbled to 18.17 for men, while it only dropped to 22.4 for women.

The very same trend was replicated during other crises and famines in other countries, suggesting that women are biologically superior to men when it comes to surviving life-threatening events such as famine and disease epidemics.

As part of their findings, the researchers discovered that the only place where more men survived than women was in the slave trade in Trinidad. The researchers believe this was because male slaves had a higher value and therefore more effort was put into keeping them alive.

The study has been published in the scientific journal, Proceedings of the National Academy of Sciences.