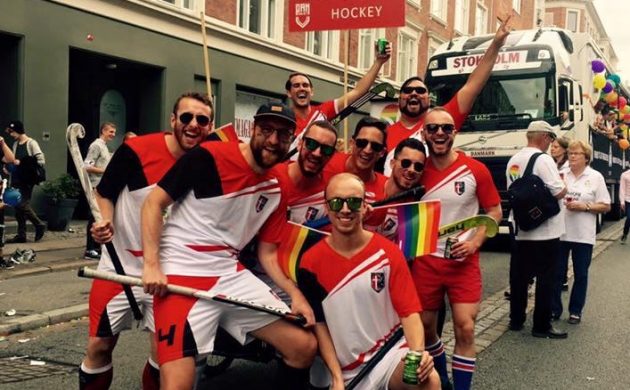 It’s a bit chilly for a LGBT parade, but that hasn’t put Pride Copenhagen off from organising a week of indoor festivities and culture next month. There might be less bare flesh on display, but these guys and gals will once again be displaying pride with a capital P at a party with an equally big member from February 5-11.

But as the winter edition of Copenhagen Pride continues to grow in popularity in the capital of a country well known for its progressiveness – as close to a LGBT utopia that is possible to hope for in this current climate – it’s worth asking whether there will be a day in the future when people might feel there isn’t a need for LGBT events.

Nowhere might this be more logical than in the world of sport, where LGBT clubs are increasingly emerging and even forming their own leagues.

LGBT sport is a big deal in Copenhagen. It hosted the World Outgames in 2009 and it is currently campaigning hard to organise EuroGames in 2021, which would be held together with the prestigious WorldPride as a mega event called Copenhagen 2021.

But would LGBT sport exist in a utopia?

Fear of (bodily) fluids
Sports club Pan Idræt was created in 1984 to offer a safe athletic environment for people of all gender identities, backgrounds and sexual preferences in response to an exclusion of homosexual men from mainstream swimming clubs due to a fear they might transmit AIDS.

Furthermore, it offered an alternative activity to frequenting bars and clubs at a time when Copenhagen’s LGBT community was in danger of being limited to the nightlife scene.

The club quickly grew, and today it encompasses 25 different teams with over 900 members. Its achievements are well recognised. It won a national award for sports club development in 2015 and was named sports club of the year in Copenhagen in 2016.

While the core membership consists of gays and lesbians, an increasing number of transgender people are beginning to enter the league in search of an environment in which they can be comfortable about who they are.

Just like an expats club
Club member André Duarte from Portugal, a 33-year-old field hockey player, has no doubt that the future of LGBT sports looks solid, and that there is a very real need for it.

“I think we are very far away from a reality where LGBT people can be 100 percent carefree about their sexual orientation while playing sports,” he told CPH POST.

“We just want to be able to be ourselves – at least for these couple of hours a week – and practise sports with other likeminded people without having to worry about what people might say or do if you mention or share your sexual orientation or gender identity.”

Aside from giving its members an environment they can enter without the fear of prejudice, the clubs also exist as a support system in much the same way as other clubs might do for expats, contends Duarte.

“It’s the same as an Irish rugby club in Tokyo for Irish expats, or a ladies-only yoga class,” he continued.

“People like to be around those with the same interests/backgrounds and in safe spaces – it is just human nature. I see it as a good thing, as long as they exist for positive and inclusive reasons.”

As well as locally, it competes in PinkHockey, a global community for LGBT field hockey players that come together to compete in tournaments all over the world, sometimes in Olympic stadiums in cities such as Barcelona and Sydney.

Travelling together is an obvious highlight for the Black Swans as it is an opportunity to bond as a team and party and play with a global community.

The team is run predominantly in English due to its diversified participants and admired by many other organisations for its positive energy and superior teamwork.

Its motto, ‘Fierce, Fabulous, Friends’, suggests it is a fun place, and I attended training to find out for myself.

The first thing I was struck by was the overwhelmingly open atmosphere and a relationship between teammates that is truly heartwarming.

Every member has their own nickname and there is a social event (picnic, dinner, party etc) every week.

Up close with Big Mama
Chatting on the sidelines, the trainer, Esben Shane (nickname ‘Big Mama’), explained that “we aim to be the best team at being a team – on and off the pitch.”

Shane plays an integral role in making the team a family, whether it is as the social event organiser – on average, they have one a week, including picnics, dinners and parties – or cheerleader or confidant.

It is obvious that his presence acts as a glue holding this family tighter together.

“Being far away from your family and friends is hard as it is. Being gay and introvert makes it harder for me to open up and make friends,” commented Duarte.

“So with the Black Swans I can practise a fun sport, stay in shape, and build a sense of belonging and camaraderie that I couldn’t find anywhere else.”

Room for improvement
The Black Swans are paving the way towards creating meaningful inclusive spaces that enhance the quality of life and health of a wide range of people.

It is a team dedicated to lessons and relationships built on and off the field – an inspiring example of how to promote societal cohesion through athletics.

While this team appears to be a huge success, the need to build such a community suggests the surrounding athletic culture has much room for improvement – in Denmark and across Europe. As English FA chairman Greg Clarke admitted in 2016: “It would be impossible for a gay Premier League player to come out.”

Recent research by Stonewall Charity revealed that 72 percent of supporters at live sport events have heard anti-LGBT insults yelled during a game in the last five years, and that 22 percent of young fans deem this homophobic language ‘harmless banter’.

The lack of players that come out of the closet in mainstream leagues combined with dangerous sporting event atmospheres creates a threatening environment for LGBT sports people.

Denmark has further to go in terms of creating an environment where people do not feel the need to be separate to be comfortable. 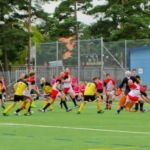 New players can try training three times before they must make a decision about joining. An annual membership costs 1,040 kroner. All playing abilities are welcome. Equipment can be borrowed at first, but buying your own is eventually necessary

The team travels abroad once a year to participate in the world tournament Pink Hockey. This year the destination is Paris

Social trips include teambuilding days in February and May, a skiing trip in March, and of course Copenhagen Pride in August

CPH Winter Pride
Taking place from February 5-11, most events are based at Studenterhuset (Købmagergade, CPH K)

Entertainment at the venue includes performances, debates, talks and workshops

Elsewhere, Arken is hosting two exhibitions, and the big party is on February 10 at Pumpehuset