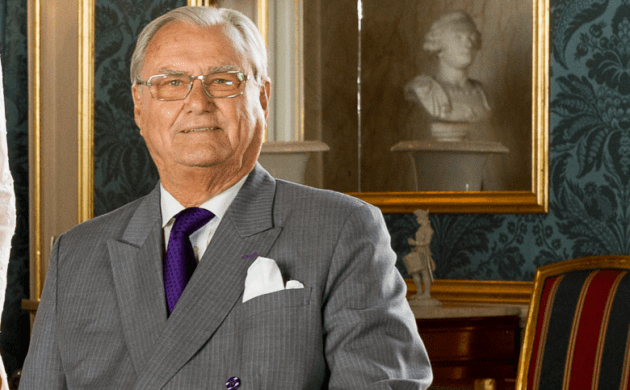 A fixture in Danes’ lives for more than half a century (photo: Kongehuset)
February 24th, 2018 6:33 am| by Ejvind Sandal & Ben Hamilton

The Dane’s View:
In Hans Christian Andersen’s fairy-tale ‘The Ugly Duckling’, a swan’s egg landed in a duck’s nest. When the eggs hatched, it was clear there was a peculiar specimen in the nest. As in real life, it was bullied because it was different.

More a handsome dandy
Henrik was, however, no ugly duckling. He came as a handsome, well-educated French aristocrat and our future queen was so in love with him that everybody could see it. After all, she also has French blood in her by the way of Napoleon’s marshal Bernadotte, who became king of Sweden. It was seemingly perfect, but because of the manner he presented himself, he got his share of Danish bullying.

Why was that? He was a poet with an elegant command of the French language. He was a talented sculptor. He improved the wines of Cahors so people started buying them. He wrote cookery books on many topics other than goose liver. He was a gifted musician and played piano concertos with the royal chaplain and his father-in-law as conductor. He planted the garden with vegetables from the French and Nordic kitchens, and it is there somewhere that a portion of his ashes will be interred.

Own man to the end
Henrik travelled the world and with his command of six languages was a high-profile ambassador for Denmark. He acted as protector for more than 50 organisations and, by all accounts, was a good one.

On top of that he fathered two intelligent and good looking sons, which is a gift to any monarchy. Aside from a Gallic twang, his Danish was perfect, and vocabulary-wise he spoke better than most Danes.

Henrik followed his convictions in the tradition-bound world that he married into. His Gallic pride would not allow him to play second fiddle in the entourage or chain of command.

In the way of his departure Henrik had the final word. He would not be laid to rest in a sarcophagus but cremated and his ashes spread at sea and interred in the garden.

The Expat’s View:
As any expat who has lost a parent whilst living in a foreign country knows, it must have been a difficult flight home for Prince Frederik from the Winter Olympics in PyeongChang to the bedside of his dying father, Prince Henrik.

Following your instinct that this could be your final chance to say goodbye – and also the opinions of those you trust – it is just as much a journey into your past and the recesses of your mind as over land and ocean.

It will have provided Frederik an insight into what it must have been like for his father when he left his native France for Denmark – an experience most members of the international community can also easily relate to.

The perils of ruining the hygge, the difficulty of speaking the language and the pitfalls of breaking the Jantelov – we’ve all been there, treading in the footsteps of the French count who married the Danish queen to become her consort.