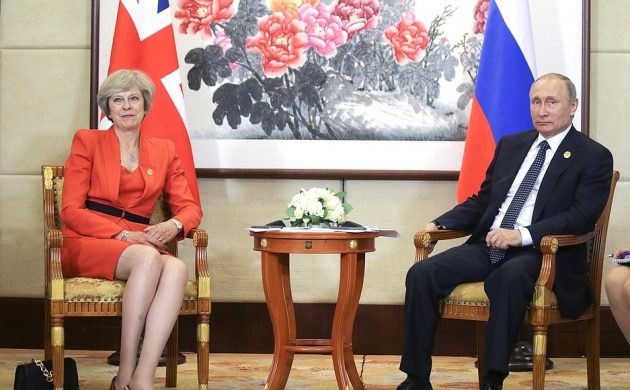 Putin hasn’t been accused of orchestrating the Windrush Generation exodus … yet (photo: Kremlin.ru)
April 28th, 2018 6:00 am| by Ian Burns

There are two kinds of journalists: those who dig for the truth and those who try to bury it. I don’t know about you but I am hungry for some truth.

After all, we should always be trying to hold people in power to account – to ask awkward questions so that we can collectively try to challenge and comprehend the reasons they offer for their actions.

Boris the blackmailer?
For example, where are the facts about the chemical attacks in Salisbury and Syria? To have a retrospective discussion after the Douma bombing is like trying to put the contents of your toilet back into your bowels: a messy and pointless exercise.

The deed has been done. The contempt is there to see. The assumption that they were doing this for the ‘good of the world’ is a bitter pill to swallow. Trust is a fragile egg-shell and, quite frankly, my trust in the responsible governments is low.

In the case of Salisbury, Boris Johnson, the British foreign secretary, didn’t help matters when he announced that Russia was definitely behind the attempted murders of Sergei and Yulia Skripal.

His claim wasn’t supported by any evidence and it really is incredible that he’s managed to hold onto his job for so long. The question that never goes away is “Why?” I can’t think of a worse person to hold the office. He must have some dodgy photos of Theresa.

Mutha Theresa
Britain can no longer pretend to hold any high moral ground after recent actions. But if UK nationals criticise their government’s actions – which are sadly supported by Denmark’s prime minister, Lars Løkke Rasmussen – then they’re branded unpatriotic.

Minority governments should beware how they behave as their actions are being carried out in the name of the majority – fail them, and your time will soon be up. If things in Syria are allowed to escalate any further, we could all be singing Tom Lehrer’s anthem ‘We’ll All Go Together When We Go’.

But at least British PM Theresa May will have acted for ‘humanitarian’ causes. Let them rejoice at that when they consider the dreadful state of the NHS, the fallout from the Grenfell Tower disaster, worsening conditions for the homeless, disabled and refugees, and the appalling treatment of the Windrush Generation as thousands of them are now being deported to the West Indies 50-70 years after moving here on their parents’ British passports. The list goes on and on.

This troll must roll
To tie our actions to the whims of an American president who rules by Twitter is insane. In the swamp we used to know as the White House, he’s simply rolling around in his own excrement, believing he is above the law.

If Trump is a role model for democracy, we’re living in very dangerous times. Building walls and blaming Johnny Foreigner for all our ills is too simple. Hate crimes are unsurprisingly on the increase.

Now that he, Macron and May have had the opportunity to play the part of commander-in-chief – and given the command to “Launch!” – I hope they don’t warm to the taste of power and continue down this line.

When Trump was elected, we expected some madness, but this latest episode signals he’s past his sell-by-date. What did he say after the bombing with his oh so bigly bombs? “Mission accomplished”. It’s time to go Mr President. 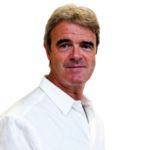