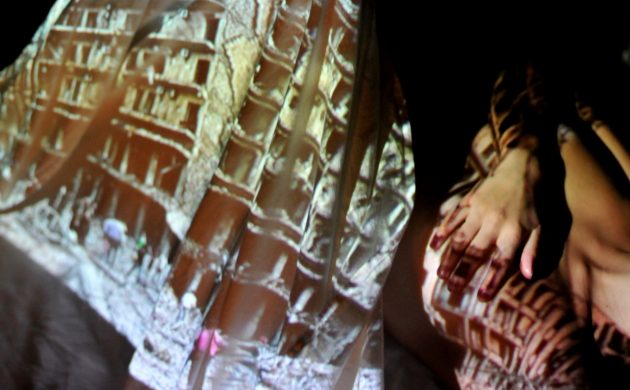 This image, the artist’s favourite, depicts the building where her parents got married … in happier times (all images: Angélique Sanossian)
November 8th, 2016 6:34 pm| by Nicol Savinetti

The ‘Moharamat’ exhibition at Nordvest Bibliotek is a protest against the destruction of cultural heritage during times of conflict by Syrian-Armenian photographer Angélique Sanossian.

“Collectively, we own our past and we should conserve it,” contends Sanossian.

“Then we own our future and we should build it. Our heritage is as sacred as our bodies – we should protect it. The destruction of cultural heritage is as destructive as rape and assault, which are forbidden by the law and by all religions as well.”

READ MORE: Immigrant art: your conscience is their canvas

War has made us all refugees
Sanossian moved to Denmark to be with her Danish partner who she met many years ago while studying in the UK. She came here from Beirut, Lebanon where her family had moved when the conflict started in Syria in 2011. The city was a very familiar place for the whole family as her mother is Lebanese-Armenian and they had always had a holiday home there, but relationships to spaces and places change when war and conflict enter people’s lives.

During our interview, Sanossian highlights how the conflict in Syria has changed her relationship to the spaces she occupies now and occupied in the past.

“Every Syrian, no matter where he is, no matter how much money he has in his bank account, is now a refugee,” she explained. 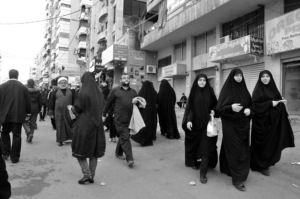 “Today, Syrians who are inside Syria are refugees as well because inside Syria, the country itself is not the same. My friend – when she is walking in our city, in Aleppo – takes pictures and sends them to me on WhatsApp and says: ‘Can you imagine … this is what Aleppo is now.’ So they are strangers in their own city as well. As a Syrian, no matter where you come from, you are a refugee, no matter how much money you have, you are a refugee. That is the reality.”

Sanossian acknowledges the relative privilege she has compared to many Syrians, as her family have been successful at rebuilding their business and their lives in Lebanon. Nonetheless, Beirut went from being a space where a lot of fun took place during holiday times to being a place of exile from where she and her family viewed the destruction of the family business in Aleppo – on TV and through social media.

Finding her calling
Similar to the spaces she occupies, her feelings and emotions about the exhibition ‘Moharamat’ have changed with time. Angélique was trained in photography partly during her time in the UK and in Syria, as a student of renowned photographer Issa Touma.

“For him it was about the subject; one should not just take pictures. Look for a subject; look for the story you want to tell. He taught me how to make a composition. He never said ‘good work’, he always said: ‘This can be better.’ But he never stopped me from doing exhibitions; he always helped me to decide which images to use; he always helped me to be creative; he always pushed me to do better. I used to help hang the pictures of international artists who were exhibiting in Syria. Their packages would come by DHL. Checking all of this great work was part of my education in art. I was influenced by Issa’s style.”

The today-tomorrow angle
During her time under Touma’s pupilage, Sanossian focused her work on producing black and white images, encouraged by Touma. The year 2011 marked a turning point for Sanossian with her art. She changed her style and started to use different techniques in photography to produce a different kind of image. ‘Moharamat’ was created during this time of transition.

After she moved to Lebanon, she was on a cruise and her friends were sharing images of blood and destruction. She remembers that she perhaps did not want to believe it was all happening, and it was out of those feelings that the series evolved.

“I did not want to believe my country was getting destroyed,” she explained.

“At the beginning of any war, you always think ‘It will stop soon … today … tomorrow … today … tomorrow …’ – and now it has been five years. There are still people who say tomorrow things will be fine and we will go back. I wanted to make a project out of what was happening: this ‘today-tomorrow’ angle.”

Started as a little experiment
A friend agreed to be the model and they found the images of all the buildings on the internet, put them on her small projector and experimented: “And this little experiment has ended up touring Europe more than me!”

The choice of buildings was not random. Sanossian selected images of the buildings that she is connected to personally, so each of the exhibited pieces have their own story. Sanossian wanted a project that could continue over time. Indeed the buildings continue to be destroyed in Aleppo, and eventually it was Sanossian who stopped.

“I could not carry it on because with time I did not feel the same [about the war and the buildings],” she said.

“So today when you ask me about those buildings, it is not the same feeling I had when I actually did the project.”

A land of limitations
Sanossian ‘s favourite image (top photo) is not everyone’s cup of tea!

“This is my favourite artistic image and no-one falls in love with it!” she said.

“The building is where my parents got married. It is called the Tourism Hotel. It is on a big square in Aleppo where a lot of demonstrations used to be held.”

While in Syria and Lebanon, Sanossian was extremely active with many different kinds of organisations as a volunteer, from development work in smaller communities, to working on artistic projects with galleries. She was a truly active citizen.

Here in Denmark, which she describes as a beautiful country with many layers and terrible weather, Sanossian feels that there are many more limits, real and imagined.

“Things were much easier in my previous volunteer work. Here I do not feel that I am getting my chances. I don’t know why yet … time will tell.”

Still busier than most
Her exhibition at Nordvest Bibliotek is her first solo exhibition in Denmark.

From an outsider’s perspective, Sanossian comes across as a very active citizen in Denmark too, in spite of what she may think: she is currently working on a project with a friend who is French, which will be exhibited at a ‘home’ gallery in Copenhagen; she is also working on a series that will be exhibited in Armenia, her motherland; and lastly, there is another secret project that will hopefully be revealed very soon.

Meet Angélique at Nordvest Bibliotek (Rentemestervej 76, Cph NV; open daily from 08:00) on Wednesday 9 November between 17:00 and 20:00. Her exhibition continues until November 30. See more of her work at angeliquesanossian.com. 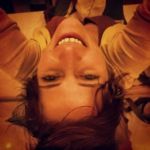 Angélique works full time for an international organisation in administration, is a volunteer with the non-profit arts initiative Immigrant Art (immigrant-art.com) and is also a volunteer at the foundation called Globally Connected (globally-connected.org), a network that aims to support and build trust and understanding between the Syrian diaspora, host communities and Syrians in Syria.