 At Cinemas: Not getting on – how bookies target diseased punters - The Post 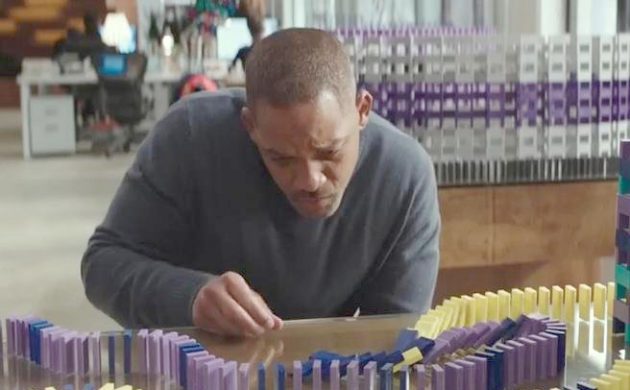 Nobody wants a good tip these days! I place three to four bets a year, always at long odds, and well over a third of them come in. Not only that, but their prices almost without exception get shorter, which means you could lay off the vast majority of my tips and make a good profit.

But when I try telling someone, they just don’t seem to take me seriously. It’s mostly a problem with diseased punters who only bet on favourites. They’ll tell you their opinion, which tends to amount to one piece of useless information, and why the 4/7 shot is going to win – lunacy that is the main reason why my tip is 20/1.

Fixed in their favour
I’m good at what I do, but a couple of winning bets a year isn’t going to make me rich. The trouble is getting on: placing a bet with a bookmaker. A myth persists you can bet any amount on anything. Sadly this isn’t true. You could have a great tip, but if a bookmaker doesn’t have it on their list, you’re screwed.

Last year, I was tipped Brie Larson to win the Best Actress Oscar at 10/1. At least seven bookmakers were offering markets, but only one had her on their list and it didn’t have a Danish licence. I got my friend in the UK to bet on it, and the maximum he could get on was £10. Two days later, she was on all the lists as the favourite.

And the same is true with most novelty markets – my area of expertise. The bookies are invariably clueless, but know that early markets can win them a bit of publicity. They’ll therefore have a maximum bet to limit damage offset by new customers they hope will become diseased punters. Meanwhile, successful punters will be told to bet elsewhere – to a point they can’t get on anywhere.

The best is Silence
My Oscar tip this year is Martin Scorsese’s film Silence (Metacritic: 84; out on Jan 19) to win Best Film. Yes, I know La La Land is really good; that’s why it’s the favourite. I backed Silence at 16/1 and now it’s 8/1, which means I could go onto a site like Betfair and double my money.

Beyond the film being the passion project of the world’s greatest living director, there are a number of good reasons why it could win. It looks set to get 13 or 14 nominations – the odds of a film with this many winning is 4/7. Even with 11 or 12, a film’s odds would be better than even money.

The average Academy member is a better age fit for Marty than they were back in the days of Raging Bull and Goodfellas. All the squares who use to vote against him are dead.

But being mostly Americans, they’re still likely to be Christian and support a religious film in which the church isn’t the enemy for a change.

Given its subject matter, it probably won’t do well at the box office – another incentive for Academy members to give it an extra push. A meditative exploration of the nature of faith probably won’t appeal to millennials, but Jennifer Lawrence has only got one vote.

Of an unknown quality
If there’s one certainty, she won’t be getting a nom for the sci-fi rom Passengers (NRY, Dec 22). You know how there’s something comforting about astronauts sleeping in hibernation pods before the serious action begins – well, they’ve made a whole film about it. Born in brainstorming about the only thing audiences liked about Prometheus, Lawrence and Chris Pratt wake up 90 years too early, fall in love and save the spacecraft. Hurrah!

Understandably, this being Christmas and the season to be commercial and all, there are quite a few films coming out with no time for the critics to warn you they’re utter rubbish.

Top of the list of suspect turds waiting to ruin our xmas is Collateral Beauty (NRY; Dec 25), another film starring Will Smith as a troubled individual stepping in and out of other people’s lives – he gets into character by imagining what it would be like to lose his wife and kids, and that might be the problem. Judging by the trailer, this could be the most cringeworthy film ever. Keira Knightley, Kate Winslet and Edward Norton in the wrong hands are a disaster waiting to happen.

Another actor we love to hate, Ben Affleck, is back with Live by Night (NRY; Jan 19), a Boston gangster tale set during Prohibition in the 1920s. As accomplished as a director as he is, maybe it’s time Ben stopped casting himself in roles more suitable for people half his age.

Class but hardly cheery
Moving on to the quality films this Christmas, there are no candidates for feel-good festive cheer unfortunately.

Ken Loach’s I, Daniel Blake (76; Dec 22) is a tear-wrenching tale of Brits on benefits; Patriots Day (72; Dec 25) with Mark Wahlberg is a re-enactment of the Boston Marathon bombing; and Jackie (81; Jan 12), featuring Natalie Portman in a lead role that might land her the Oscar, revisits cinema’s most famous grassy knoll.

Nocturnal Animals (67; Jan 5) also features some Oscar hopefuls – most notably Michael Shannon, the FBI agent in Boardwalk Empire – but once again, its subject matter of a grisly divorce turned nasty … well, it’s probably quite well timed for January. But if you need some help shaking off those cobwebs, underdog movie Bleed for This (62; Jan 12), the tale of a boxer who recovers from a spinal injury to become world champion, might do the trick.

Nothing to do with heavyweight champ Floyd Patterson, the best film of the next month according to the critics is Jim Jarmusch’s Paterson (87; Jan 5) starring Adam Driver as a poetic bus driver in what is the director’s first stab at mumblecore – a genre pretty much tailor-made for him.

It brings us neatly full circle as Driver plays one of the main characters, a Jesuit priest, in Silence – my favoured form of communication to my friends when my tips don’t come in.