 At Cinemas: Big girls no match for these little men - The Post 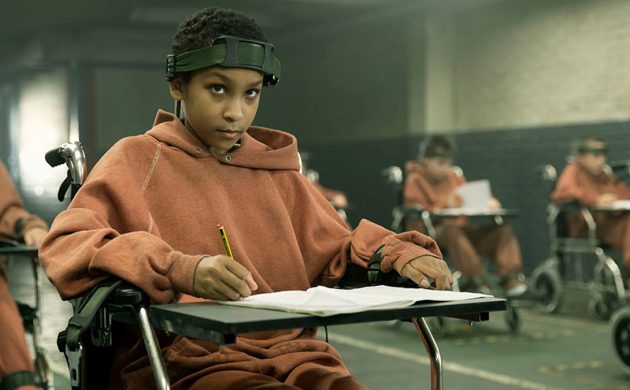 It’s girl uninterrupted this month! After the feeding frenzy that was the children’s half-term, the kiddies have made way for the ladies, with no fewer than three films with ‘girl’ in the title hitting our screens in the space of a week.

But as is sadly the way with the gender divide, they can’t compete with the boys, as November’s most acclaimed film is Little Men (released November 17; Metacritic: 86).

LGBT to mainstream
Director Ira Sachs, a big name in LGBT cinema thanks to films like Keep the Lights On (starring Denmark’s Thure Lindhardt, whose promising career mysteriously nosedived after Fast & Furious 6), will be in high demand following this charming, tenderly observed coming-of-age drama.

The film reunites the humane director with Greg Kinnear and Alfred Molina, a brave casting choice in Love is Strange given that his last LGBT role was the murderous Kenneth Halliwell in Prick up your ears – you didn’t quite know whether he was going to beat him off or into a pulp.

The cast also includes British actress Jennifer Ehle, who briefly tasted mega-stardom playing Elizabeth Bennet in the 1990s TV adaptation of Pride and Prejudice before taking a decade out to have kids. But now, thanks to a standout performance in Zero Dark Thirty, she’s progressed from playing bag ladies to leading ladies again.

But really it’s the lesser players who are picking up the plaudits: “terrific newcomers Theo Taplitz and Michael Barbieri” (LA Times) as two boys striking up an unlikely friendship.

Girls allowed one blip
The strong children’s performances continue in Girl Asleep (Nov 10, 68), another coming of age film, this time with a spot of fantasy, but with more adult content that the Narnia books, although they’re thematically similar.

An introverted girl dreading her 15th birthday in 1970s Australia and the end of childhood is transported to a parallel universe to escape her fears. Is it our imagination, or are the Aussies finally making good films again?

Another starlet to look out for is Sennia Nanua, the eponymous character in The Girl with all the Gifts (Nov 3; 73), a more than satisfactory dystopian British zombie flick. Gemma Arterton, Paddy Considine and Glenn Close lend strong support as the adults living in fear of children – a reality many UK-based school-teachers can easily relate to.

Films about commuters have this advantage too, so it’s funny how many tend to derail … well, a lot like Derailed. Despite the likeable Emily Blunt in the lead, The Girl on the Train (Nov 3; 48) has aspirations to be another Gone Girl but quickly runs out of steam. “The third act of a movie shouldn’t make you feel as though the first two acts were a waste of time,” laments the New York Post.

#Black films matter!
Still, it isn’t the worst film heading our way. Distributors Regner Grasten Film have seen to that by facilitating the passage of 37 (Nov 17; 33), the dramatisation of the murder of a young black woman in the Big Apple in 1964 that was apparently witnessed by 37 of her neighbours – a claim New Yorkers have furiously rejected ever since.

Following on from the release of the awful African-American drama When the Bough Breaks in September, you have to question whether this country’s distributors have got a #Black films matter agenda going on.

Mel’s ‘Hamburger Hill’?
Mel Gibson doesn’t. In 2010 in fact, he famously told his lover (the phone call was recorded) that if she got raped by a pack of black men (not the actual wording), she would be to blame. Overall he likes agendas: anti-black, gay, Jewish, English – take your pick.

So it’s kind of a surprise to see that his new film Hacksaw Ridge (Nov 10; 68) is apparently free of bias. Boasting the kind of name given to cheap Platoon rip-offs in the late 1980s (Hamburger Hill, for example), this is the compelling true story of Desmond Doss (Andrew Garfield), a conscientious objector who fought for the US Army in World War II and never once tried to kill the enemy.

As he demonstrated in Braveheart, Gibson might very well be the finest battleground director in the business.

Kids happy after all
The biggest cinematic release of the month, Fantastic Beasts and where to find them (Nov 17), is the only film that has not already opened stateside. Set in the Harry Potter universe, it could have featured a cast of unknowns and still scored big at the box office.

Nevertheless, Eddie Redmayne and Colin Farrell are on board to give it some big name clout, and David Yates (the director of films V-VIII) returns to take the helm.

And don’t forget that the children’s film festival Buster continues until November 9 as part of CPH PIX.

Goodies by the gallon
Cinemateket has also got the kids in mind as it will be showing 12 films as part of its Disney season (starts Nov 22), and they’re never too young to see classics like Singin’ in the Rain, The Wizard of Oz and Gone with the Wind, which are part of a technicolour season (starts Nov 10).

Elsewhere, there are seasons dedicated to Soviet master Sergei Eisenstein (Nov 13-28). And indie horror films since 1968 (starts Nov 17), and also East by Southeast (Nov 10-24), a series of new films from eastern Europe.