 Crazy Christmas Cabaret: Back by popular demand to bring sunshine to Copenhagen - The Post 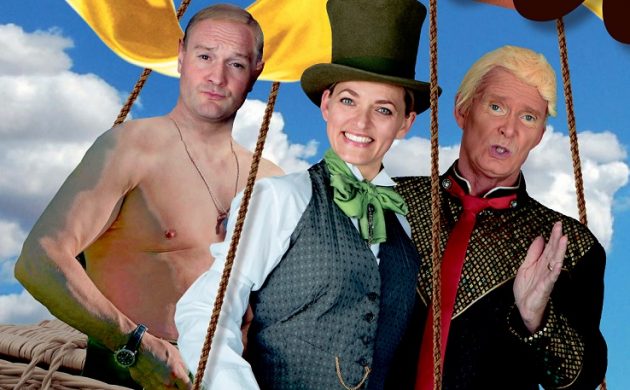 One thing’s for sure: Danish audiences don’t want a Christmas show set in boring old Denmark.

Take us round the world!
As those long winter evenings draw in, escapism is the name of the game, and nobody does this better than the Crazy Christmas Cabaret, an annual fixture for tens of thousands of Danes and internationals every year since 1982.

It’s no coincidence that most of their shows are set in far-flung, sun-drenched locations.

From ancient Rome to early 20th century Egypt, and from the Caribbean Sea to sub-Saharan Africa, audiences are taken on an odyssey on which they can forget about their wintry reality and lose themselves in the laughter. 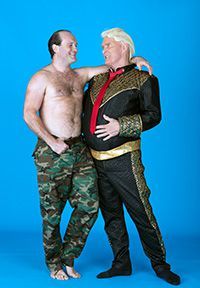 Lady Wilhemina Wobblebottom provides the ballast
No show embodies exotic locations better than ‘Fogg’s Off’, a work inspired by the adventures of Phileas Fogg in ‘Around the World in 80 Days’ by Jules Verne, which opens at Tivoli’s Glassalen theatre on November 13 and continues until January 5.

The international setting of the tale gives the show’s creator, Vivienne McKee, the perfect platform to gently rib lots of different nationalities whilst challenging her actors to cope with a wide range of accents – let the ad-libbing and hilarity ensue.

“Staking his entire fortune on a bet, Fogg’s bold ‘Brexit’ takes him from disunited Europe to inscrutable Asia, over enticing India and, to ‘Trump’ it all, across star-spangled America and the Wild West,” reveals McKee.

With Fogg’s aunt, Lady Wilhemina Wobblebottom, along for the ride, it promises to be a whole lot of fun.

The quickest comeback since Lazarus
This year marks the first since the show’s creator, Vivienne McKee, reversed her decision to end the Crazy Christmas Cabaret last year.

“I was amazed by the tsunami of Facebook comments and mails I received when I announced that the Crazy Christmas Cabaret would come to an end after 36 years – one of them simply said ‘Don’t Cancel Christmas’,” she said.

“Audiences stood up and chanted ‘One More Year’ at the end of last year’s show, so I am delighted to announce that I am making the quickest comeback in theatre history and that the CCC will continue this year and for many years to come. Hooray!!”

Find out about tickets here. 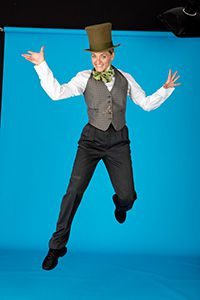 The five-times-a-night Porter
The cabaret isn’t London Toast Theatre’s only 2018-19 production. Next spring, ‘Oh Baby, It’s Cole’ will be returning to Copenhagen, some 28 years after its original run.

Also penned by McKee, this dedication to the life of American composer and songwriter Cole Porter includes many of his sassy hits, such as ‘I get a kick out of you and ‘I’ve got you under my skin’, whilst revisiting the sexy era of the 1920s and 30s.

The production runs from May 15 until June 1 at Krudttønden.

Find out about tickets here.