 At Cinemas: When puerile pasts come back to haunt you - The Post 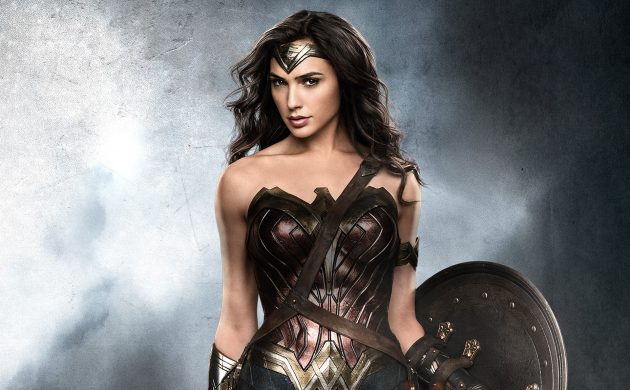 Being resuscitated by a female lifeguard, meeting my match in Wonder Woman, girls with guns – this issue’s list of new releases sounds eerily familiar somehow. Has somebody hacked into the Google browsing history of my teenage youth?

Wonder lust? Not guilty!
I exaggerate: not guilty on two counts, your honour. Initially placed under siege by Erika Eleniak’s blonde ambition, I had lost interest by the time Pamela Andersen turned up to rescue me from drowning beneath my bedcovers with her strategically-placed arm-bands.

And Wonder Woman and her twirl. I remember little else because it was so dull – like all superhero affairs screened around Saturday tea-time. I might have only been six, but I was already thinking: Where are the guns? The bazookas under the bazookas, fully cocked and ready to be discharged?

Guys who like girls who like guns
But guns are no guarantee, are they? I’ve lost count of the number of fast-paced trailers featuring guy and girl-slingers trying to out-Peckinpah the likes of Quentin Tarantino – signed up as executive producer on account of an advisory telephone conversation in between getting laid in Europe, which will be emblazoned across the scene at the start and the end and growled halfway through for good measure.

And of course, Empire magazine had already crowned them movie of the year with four-page photoshoots before they had even come out. They all flopped, perhaps The Way of the Gun most painfully as it was written and directed by Christopher McQuarrie, a hot property following his screenplay for The Usual Suspects, who has spent this century decidedly luke-warm. No, that’s being kind – his films (he co-wrote The Tourist and The Edge of Tomorrow) universally suck balls.

Perky, pervy, pointless
From pinky to the perky (Ilfenesh Hadera, the fit secretary in Billions) and pervy (The Rock getting wood) cast of Baywatch (Not Released Yet Worldwide; June 1), one of six early summer blockbusters coming out over the next three weeks. Needless to say it will be pants of a bikini variety.

No continuity link needed for Captain Underpants (NRYW; June 1), but perhaps you need a Freudian analysis if The Mummy (NRYW; June 1) comes to mind. In the former, an American animation, two schoolboy pranksters hypnotise their principal into believing he’s a superhero, while the latter makes 2017 only the third year this century in which Tom Cruise has bothered to make more than one film. We wish he hadn’t. Challenging the recent Ben Hur as the most pointless ever remake, it does at least have an appealing villainess in the form of Sofia Boutella (the bladerunner killer in Kingsman: The Secret Service).

DC vs Marvel … yawn!
Completing the sextet are Alien Covenant (65; May 17), Wonder Woman (NRYW; June 1) and Pirates of the Caribbean: Dead Men Tell no Tales (NRYW; May 24), and it’s hard to know whether any of them will truly deliver.

Wonder Woman looks the best bet thanks to the presence of Israeli force of nature Gal Gadot, the only half-decent element involved in Batman v Superman: Dawn of Justice, in the lead role. And, of course, this is technically her genesis film (which tend to be the best), although it will be swiftly followed by appearances in back-to-back instalments of Justice League, the DC Comics riposte to Marvel’s The Avengers (Part 1 is out November 16 – when will it ever end?), which will feature Superman (please be dead), Batman, Wonder Woman, the Flash, Aquaman and Cyborg.

What like Michael Fassbender in Prometheus? Almost, he was an android, and he gets to play two of them in Alien Covenant, a sequel to a prequel – a rare recipe for success in the industry, although at least Ridley Scott’s on board to direct again. Noomi Rapace has an uncredited role, as does Guy Pearce, but presumably she’s in discovered video footage, so we won’t hold our breath that Salander’s alive.

Any relation to Salazar, the revenge-seeking captain (Javier Bardem) in the latest Pirates yawn? We’re going to take a cutlass’s stab in the dark that Salazar is planning to electrocute Jack Sparrow’s earpiece a la the start of Live and Let Die in revenge for his character increasingly looking like an extra from Dances with Wolves. The dishy Brits are back for number five, alongside Stephen Graham (quiet since playing Al Capone in Boardwalk Empire) and Paul McCartney in the obligatory faded musician cameo.

Bewitched by this one
Elsewhere, our film of the month, The Witch (83, May 4), was sneaked out last minute two weeks ago. Hailed as a horror film of “exceptional originality” by the Wall Street Journal, it follows the exploits of a farmer (Finchy from The Office) in a New England wood in the 1630s. Painstakingly researched, like all classic films of the genre it’s all in the mind.

You might imagine that the horror continues with the promising Everything, Everything (NRYW; May 25), the tale of a sheltered girl who falls for the boy next door. But he’s not a psycho or a vampire – suddenly we’re interested.

Ah, the girl next door – as memories of superheroes, lifeguards and girls with guns fade away, some stay with us until the day we die.