 At Cinemas: Don't cast your spotlight on this reinless chariot race! - The Post 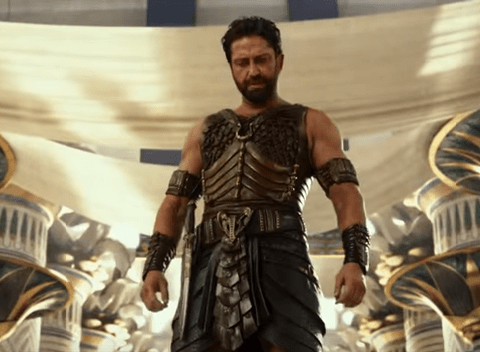 I like the dark, comic book aesthetic of Alex Proyas. I enjoyed The Crow, Dark City, and even I, Robot had its moments, but given all that, this week’s Gods of Egypt appears to be a terribly mis-guided chariot crash with no-one at the reins.

From the trailers, it’s unrecognisable as Proyas’s work and looks to be highly derivative – certainly the casting of Gerard Butler as another shouty warrior (in this case, he’s Set, the god of war) from the ancient world will draw comparisons with 300. The film is already mired in controversy for casting European actors in what many claim should be African roles. Given the current #OscarsSoWhite debacle, it’s unfortunate timing.

For those who are looking forward to Hollywood’s big day (Sunday), you might be better informed having seen Spotlight, a Best Picture-nominated thriller in the vein of All The President’s Men that chronicles the Boston Globe’s investigation into cases of widespread and systemic child sex abuse in the Catholic Church.

Also out this week is James White, a semi-autobiographical family drama by debutant Josh Mond. It’s my pick of the week – so if you need convincing, read this week’s review.

Although we rarely cover non-English language productions, if you can read Danish subs, you should seek out Holocaust drama Son of Saul (showing at Grand and Dagmar), the tale of a Jewish prisoner who absolves his guilt over doing Nazi bidding by saving one boy from the incinerators. It won the Cannes Grand Prix and is a dead cert to win the Oscar for Best Film in a Foreign Language.

At Cinemateket you can catch the Copenhagen Jewish Film Festival (February 25-28). The intention is to create four days of films and debate on a range of Jewish topics, from the Israeli/Palestinian conflict to exploring notions of Jewish family and identity – always with an emphasis on using art and culture to ‘build bridges’ (dfi.dk/Filmhuset). But if you prefer bridges of love, the National Museum is screening Sense and Sensibility on Saturday at 14:00.

Finally, in collaboration with occult book shop Nekropolis, Huset’s Dark History Series (huset-kbh.dk) is screening the unforgettable British classic The Wicker Man (1973) tonight (Thursday 25th) at 19:30. If you’ve never seen it, rest assured it’s a horror quite unlike any other.