 At Cinemas: Thank the lord for Cinemateket - The Post 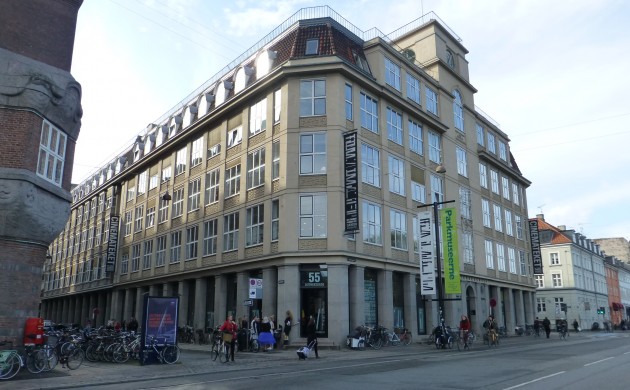 This week’s slim pickings at the pictures will make you wish you read Danish subtitles. Even if you do, you’re not exactly spoilt for choice.

In the unlikely event that you’re fan of 2012’s live action retelling of Snow White starring Kristen Stewart and Chris Hemsworth, this could be your week. Its prequel-cum-sequel The Huntsman: Winter’s War is reviewed this issue.

Fortunately, Cinemateket is stuffed with enough goodies to make you forget that other cinemas even exist.

Until the 10th there’s the annual Music Film Festival, featuring their biggest program yet, including many special events and screenings to attend.

Tonight (Thursday 7) there’s Rundt om The Velvet Underground, which includes a talk and three films about Lou Reed, John Cale and Nico – it kicks off at 19:00 and 150 kroner covers the entire evening.

Artists recently deceased are well represented at the festival with the documentary Lemmy at 21:45 on Friday and Ziggy Stardust and the Spiders from Mars playing on Sunday at 19:15. Also, in a separate series featuring David Bowie’s exploits as an actor, there’s the harrowing WWII POW drama Merry Christmas Mr Lawrence at 16:45 on Wednesday.

Staying at Cinemateket, there’s a season of films by master filmmaker Billy Wilder – his Oscar-winning Lost Weekend screens at 12:30 on Saturday, followed by the beloved classic Sunset Boulevard at 15:00 the same day. Both are highly recommended.

Also screening is a season of Shakespeare on film including the recent adaptation of Macbeth starring Michael Fassbender on Wednesday at 19:00.

‘Danish on a Sunday’ – the bi-monthly screenings of Danish films with English subs (dfi.dk/Filmhuset) – presents Rosita this weekend. The film follows a love triangle in a sleepy Danish fishing town. A lonely father orders a young Filipino bride, but things become complicated when his son gets involved as their translator. The film starts 14:15 and an extra 40kr will get you coffee and a pastry.

Finally, if your cinema interests are more scholarly, you’d do well to catch Sergei Eisenstein’s October on Friday at 21:00 at Huset (huset-kbh.dk) which, in its depiction of the Soviet revolution, helped revolutionise cinema itself. (MW)