 At Cinemas: Worth waiting on the platform for two decades? - The Post 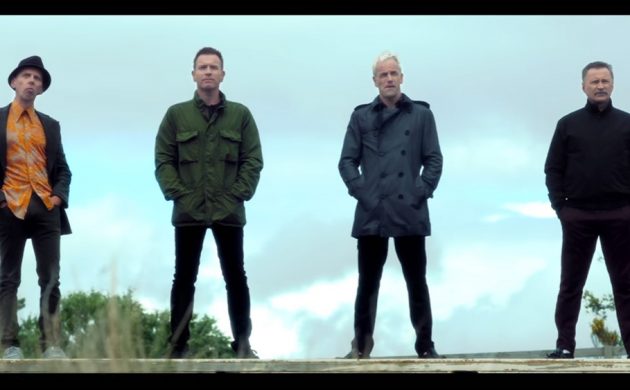 You can’t really blame Robert Carlyle. He’s 55 and probably needs the work. But I’m apprehensive that Franco Begbie’s discovery of personal grooming products might end up being more than a little distracting when I finally get to see Trainspotting T2 (Metacritic: 61; released: March 2), the sequel I’ve been waiting for these 20 past years.

Once upon a time, Franco
His co-stars Ewan Macgregor, Jonny Lee Miller and Ewan Bremner have no such problems. Born within 18 months of one another, they’re all in their mid-40s, and according to the books, Carlyle should be too. Macgregor’s Renton used to defend his classmate Begbie against the bullies until Scotland’s most famous psychopath came to the fore. But in real-life, Carlisle is a decade older than him. So not quite in Roger Moore (58 as Bond) or Stockard Channing’s league (33 in Grease), but mighty close.

An actor of renown thanks to a standout role as a murderer obsessed with avenging the Hillsborough tragedy in Cracker, the original Trainspotting in 1996 catapulted Carlyle to international fame, although by the film’s release he had already landed the lead in The Full Monty, one of Britain’s most successful ever films.

A Bond villain’s role followed swiftly, and even an outing as Hitler, as Carlyle became the go-to British actor for darkness. But this decade Carlisle has only appeared in three films, one of which he had to direct to get the part, and just one TV series, albeit a popular US one: Once Upon a Time since 2011.

A crackerjack of a film
Let’s rewind this a moment: I haven’t been waiting 20 years for this film. In fact, I don’t even need it. Trainspotting, both the book and the film, were more than complete enough. It came out at the advent of Britpop, a golden period for British culture, and on the back of the emergence of film-makers like Quentin Tarantino and Paul Thomas Anderson – and it was the ballsiest film Britain has ever produced, with Empire magazine boldly suggesting: “Come in Hollywood, your time is up.”

It was the extraordinary combination of frenetic direction, an energetic cast, a pyrogenetic soundtrack and a poetic script – all at the top of their game. And Carlyle’s contribution provided us with some of the film’s most unforgettable moments.

Welsh wasn’t done. Just last year, he released The Blade Artist, a whole novel (albeit relatively short) about Franco Begbie. As is if he hadn’t already destroyed the character’s mystique enough, he imagined the Leith psycho as a successful artist on first name’s terms with George Clooney who makes egg-white omelettes and when pushed happily turns into Patrick Bateman. Although, there is no mention of botox.

Logan’s last run
If the Trainspotting sequel has made you question where the last decade has gone, it might surprise you that it has been fully 17 years since we were introduced to Wolverine, Hugh Jackman’s most endearing character, who the Australian actor’s family have learned to call ‘Pay Check’. This is the tenth X Men film, ninth featuring the character and third focusing on him – and apparently Logan (NRY, March 2) will be hairy arms’ last outing, so fingers crossed (unless you happen to be wearing a pair of his talons, which could be very dangerous).

Also hairy and with an insatiable appetite for more films is the ‘star’ of Kong: Skull Island (NRY, March 9). Starring alongside Tom Hiddleston and Samuel L Jackson as Kong’s love interest is Brie Larson, an actress who emerged from nowhere last year to win the best actress Oscar for Room. Maybe we’re being unkind, but in the promo stills she appears to be overdoing the horror, like she’s genuinely worried the big ape is going to crap in her presence. But then again, he is so absurdly big this time around, they’re gonna need a bigger boat.

A United Kingdom (66, March 9) also has some intriguing visual elements, not least its poster, which echoes the whitewashed advertising ideals of 1950s America, but in this case features the mixed race couple, an African prince (David Oyelowo) and British office worker (Rosamund Pike), whose love affair is the subject of the film. In asking who is marrying beneath their station, the plot had more potential for impact than Loving, a US film of similar ilk released last year, but it’s ultimately let down by plodding storytelling. And who the hell came up with that title. Good luck trying to google that, future generations. Then again, thanks to Brexit the UK won’t exist for much longer.

Settle for one in ten
Elsewhere, the CPH: Dox festival – along with its opening film, the Iggy Pop documentary Gimme Danger (72, March 9) – is previewed on page G4 and will still be going on when our next issue comes out.

Obviously, with the Oscars this Sunday, La La Land is keenly anticipated and should please all but the most ardent of musical haters – so 10 percent of the population then. Still, 90 percent of potential cinema-goers probably hate superhero films as well, but you show me a movie studio who wouldn’t settle for grabbing one out of every ten of their potential customers.

Let’s hope for the sake of Trainspotting that its sequel doesn’t end up making more people hate the whole franchise. Pirates of the Caribbean, The Matrix, and don’t get me started on Indiana Jones – it wouldn’t be the first time that a legacy has been destroyed.