 Inside this Month: Looking forward to the Jewish Easter! - The Post 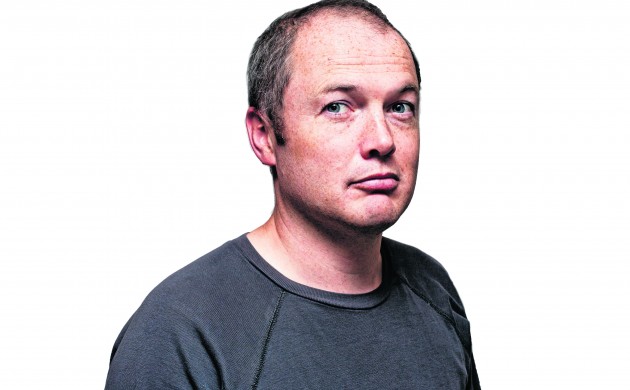 If I learned one thing over the holiday it’s that the Danish for Passover is jødiske påske – Jewish Easter.

Moses sings the stones
Now normally the Danish way of saying it like they see it is, at the very least, accurate.

Nobody can deny that your gums (tandkød) are indeed tooth meat (Hannibal Lector would certainly agree) and that your fridge (koleskåb) is a cold cabinet (as would Jeffrey Dahmer).

But Jewish Easter! That’s about as accurate as translating a bar mitzvah as a Jewish sweet 16 party or a bagel as a Jewish polo mint.

No, I think Jewish Dia de los Muertos would be a more accurate description.

Of course, I don’t want to conjure up any anti-Jewish sentiment. Let’s just say the Passover (a blessed relief after the plague of frogs – unless you’re French) and the original Easter (no chocolate for Jesus, although it’s rumoured Mary Magdalene shared her egg) were a couple of rare wins on what has been a trying journey to the promised land.

Do as the Romans
I learned this glancing through my daughter’s Easter-themed homework, a most enlightening read that rewrites history whilst dumbing it down for 11-year-olds.

It quite sensationally claims Jesus rose from the dead three days after dying on the cross, so on the Monday during Jerusalem rush hour, which might explain why nobody actually saw him.

All of this sounds like a cue to recruit the correctional services of John Cleese’s centurion from Life of Brian to remind the Danish school system we stopped counting the Roman way when we stepped out of their shadow to take Europe into … the Dark Ages.

Regular as clockwork (see what I did there) on his global tour to raise enough cash to pay off his fearsome alimony and the world’s most expensive hair transplant, it turns out he’ll do anything for money, and that pretty much includes everything he said he’d never do when he was in his prime.

Even Basil Fawlty has made a comeback in some adverts, but if you want a really good laugh, besides going to his show, google his ongoing row with the Faulty Towers Dining Experience. The gall of these guys makes Mr Creosote look like a really tiny Frenchman.

Prepare to be battered
While Cheese will only fight it out with them in court, two more physically challenging engagements are bruising their way into town: Glory Kickboxing and World Pillow-Fight Day (both G10).

Given the battering that some of these sports have been taking lately, maybe it’s not the right time to remind you all that you could have someone’s eye out … with a pillow.

Glory, though, promises to be quite a spectacle, although it does beggar the question whatever happened to no kicking like girls? And why there was never any peeking, just poking, through the hole?

Blast from the past
Aye, the deprived days of yesteryear when we had to make our own entertainment, or at least most of the time.

Coming up in April, which is never an overly inspiring month in Denmark, is a little reminder courtesy of the CTC’s Kafta’s Dick (G3) and the music of cult TV series Twin Peaks performed by the experimental band Xiu Xiu (G6), which will help us recall a time when not all the fanboys were comic nerds (the original, William Hogarth, G4, might disagree) and watching the next episode came at the price of a whole week wondering why Bob kept on picking on the Palmer family.

Twin Peaks … or as it’s known in Denmark: Dolly Parton.