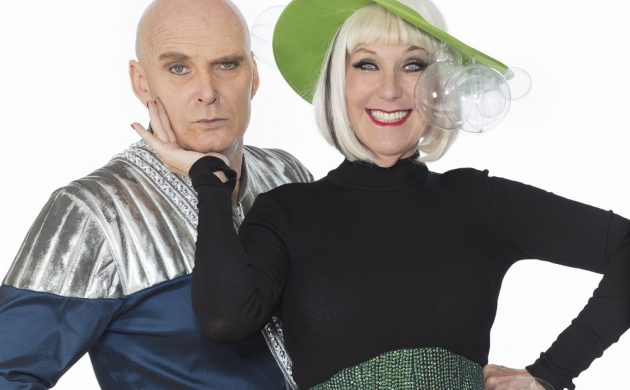 No festive season is complete without Crazy Christmas Cabaret, an English-language comedy show penned by long-time CPH POST columnist Vivienne McKee, which has been delighting Danish and international audiences since the early 1980s.

Premiering on November 14 at Tivoli’s Glassalen theatre, McKee will once again be milking the White House for inspiration, along with the Star Wars universe – a canny choice given Episode VIII of the franchise is being released midway through the run.

The result is Planet Trump: The Farce Awakens, episode 35 of a show that continues to grow in popularity since its humble beginnings in a galaxy far, far away. The run continues until early January.

“In a galaxy far too close for comfort, the orange planet Trump threatens the universe,” a Star Wars-styled trailer reveals in the customary yellow font we have all grown to love.

By now everyone knows what to expect: adult humour, topical gags, outrageous costumes and characters, upbeat dancing, a live band and above-average vocals. But it is as much for the audience interaction than anything else that roughly 40,000 Danish fans return every year for another dollop of craziness.

McKee, her dame Andrew Jeffers and leading man David Bateson are masterful at working the material for all it’s worth, with the inevitable ab-libs and breaks from characters consistently delivering the biggest laughs of the night.