 Performance Preview: Shaffer salaciousness from the Playmates across the Sound - The Post 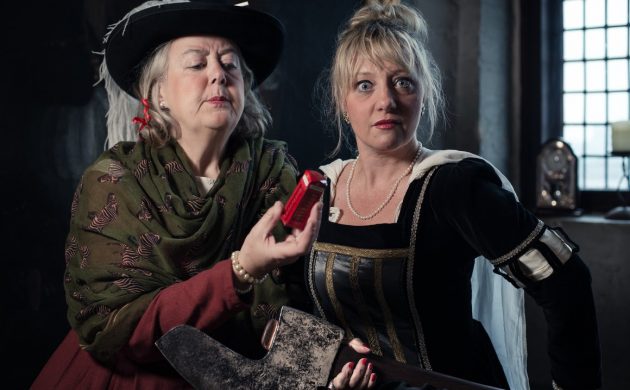 Playmate Theatre proved their expertise last summer with an inspired version of Alan Bennett’s ‘Talking Heads’ at the House of International Theatre at Huset, and tomorrow they’re back with a new play, although this time you’ll have to hop across the Sound to see it.

‘Lettice & Lovage’ is a 1980s work by the late Peter Shaffer, the acclaimed playwright responsible for ‘Equus’ and ‘Amadeus’, although he shouldn’t be confused with his brother Anthony, who wrote ‘Sleuth’ and screenplays for films such as ‘Frenzy’ and ‘The Wicker Man’.

Plenty of pedigree
This play tells the story of Lettice Douffet (Boel Marie Larsson), a tour guide who likes to embellish the history of the English country house she works at with salacious details, who ends up clashing with her over-officious superior, Lotte Schoen (Playmate and Down the Rabbit Hole treasure Vanessa Poole).

Completing the three-player cast is Playmate regular Kevin Benn, who starred alongside Poole in the aforementioned ‘Talking Heads’.

READ MORE: Theatre Review: Turning heads and the talk of the town

Described as Shaffer’s first comedy for 20 years when it came out, the role of Lettice was played on both sides of the Atlantic by Maggie Smith to great acclaim. 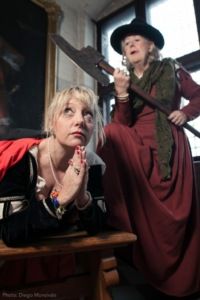