 Performance Review: Fogg’s off, but the Crazy Christmas Cabaret is definitely back on! - The Post 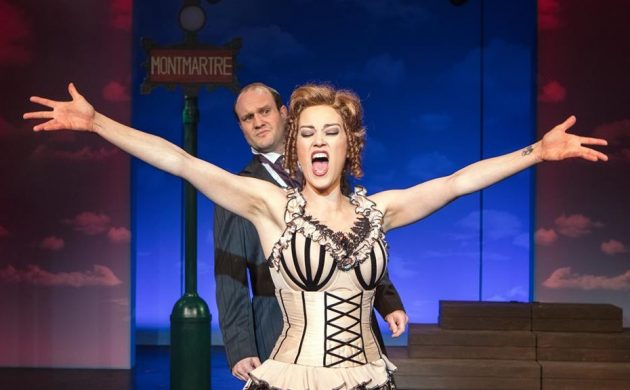 A procession of showstoppers! (all photos: Thomas Petri)
December 12th, 2018 7:53 am| by Magnus Rasmussen

When Vivienne McKee announced that 2017’s ‘Planet Rump – The Farce Awakens’ would be the last ever Crazy Christmas Cabaret following an incredible run of 35 shows spanning four decades, many people, myself included, could scarcely believe it.

How were we ever going to make it through the dark winter months without that little slice of festive cheer that McKee and Co have so dutifully delivered year after year?

Fortunately, we wouldn’t have to wait long to find out. Following a barrage of emails from pleading fans, the retirement was called off, normality was restored and I get another stab at writing a Crazy Christmas Cabaret review for this year’s ‘Fogg’s Off!’ based on Jules Verne’s novel ‘Around the World in 80 Days’.

Inspired global scope
Well, normality was mostly restored should I say, for things were to be slightly different this year. For starters McKee would not be appearing in the show – she would only be directing it. Secondly, if the title sounds familiar, it’s because it was the same one used for 2007’s show. So, one might call this a remake of sorts – a Crazy Christmas Cabaret first.

In truth it was an inspired choice, as the show’s comedy works extremely well against the backdrop of Verne’s adventure. Rarely have I witnessed Glassalen erupt with as much laughter as it did throughout the course of ‘Fogg’s Off’!

A wonderful cast
As the audience follows the protagonist Philipa Fogg (played by the wonderful Katrine Falkenberg) along on her journey, from one exotic country to another, we get introduced to many colourful characters.

Notable examples include the Russian villain Baron Butin (Bennet Thorpe), French café owner René a gay (Jefferson Bond), the Indian princess Aysha (Rikke Hvidbjerg – she’s back and she is on a mission to bring the power of the musical to Glassalen), President Ronald Rump (David Bateson for a third year running), Fogg’s butler Pasnupå (Henrik Lund) and last, but certainly not least the dame, Lady Wobblebottom (Andrew Jeffers).

Can’t fault it!
The chemistry between the actors is a joy to behold, and it is clear they enjoy the show as much as the audience.

In previous years I would normally take issue at the length of the show, because it tends to drag on unnecessarily towards the end. This year I have zero complaints.

Everything from the jokes to the music and choreography, to the improvisation and the costumes was absolutely on point. Sprinkle in a few surprises along the way (no spoilers here) and you have in ‘Fogg’s Off!’ one of the best Crazy Christmas Cabarets in recent memory.