 At the crack of dawn, they woke up to a new world order - The Post 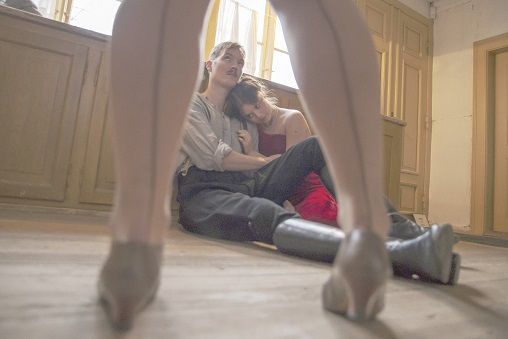 In an English country house, the privileged Miss Julie (Maria Winther Nørgaard) strides into the servants’ quarter, a section of the house emancipated (temporarily at least) by Labour’s landslide victory, and starts to flirt with the chauffeur (Benjamin Stender).

His fiancee, a housemaid (Johanne Wang-Holm), watches on as the characters face up to a new world order in which the toffs and the gents won’t necessarily be on top anymore – both in the boardroom and the bedroom.

While Stender is well known to That Theatre audiences thanks to his Reumert-winning performance in ‘The Woman in Black’ and energetic turn in ‘Marathon’, director Ian Burns is this time around equally excited about Nørgaard.

The 25-year-old Danish actress’s “rare ability” reminds him of Natalie Wood and a young Elizabeth Taylor, he told INOUT.

“I saw her one-woman show at BådTeatret and forgot where I was because she was so good,” he said. “She is a talent to watch. And her chemistry with Benjamin is electric.”