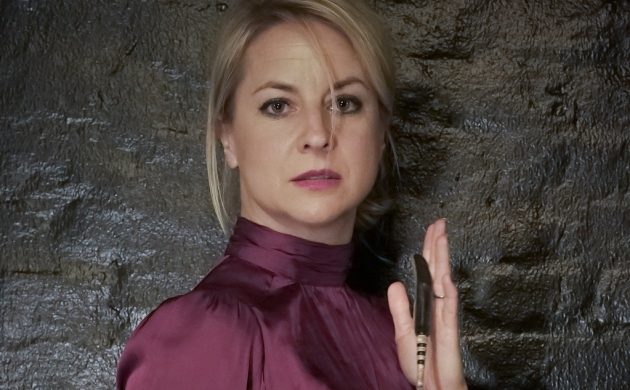 Copenhagen opened its arms and Berlin brought the glamour.

No, we’re not talking about the conception of Lars von Trier – women are pushovers for a man in uniform – but ‘Lovers, Authors & Other Strangers’, a new play at House of International Theatre (HIT), which will run until May 7 before returning for four more nights at the end of the month.

As its title suggests, this co-production by HIT resident group Down the Rabbit Hole and Berlin guest theatre Manusarts is about lovers: most particularly taboo-breaking New York women shortening the gender divide for the rest of the world to follow.

Somewhat behind the curve on that front, but retrospective postergirls nevertheless, are the cast of ‘Sex and the City’, and given the setting and subject matter it was fitting that the opening exchanges echoed the HBO comedy series.

Blame the players not the coach
Now this wasn’t a football game – we can’t sack the coach, and besides it was only the opening minutes of the first half. Director Jeremy Thomas-Poulsen’s script – penned to glue together six or seven vignettes on the subject of dating in the Big Apple by the likes of Dorothy Parker and Woody Allen – had plenty of potential.

The lines were undoubtedly there, and the likes of Kim Cattrall would have gobbled them up. But German actresses Jana Pulkrabek, Dina Rosenmeier and Katrin Weisser (‘Act of Carnage’) lacked conviction when they spoke.

Their characters failed to assert themselves from one another – were they too conscious of imitating Carrie, Samantha, Miranda and Charlotte perhaps? Instead of character, their clothing (one-piece, fishnets, lacy) made the more lasting impression.

While accent wise, our best bet is they were survivors of the Hindenburg airship disaster.

Second wind, fourth wall, fifth wheel
Redemption for the actresses came in the vignettes, which got better as the play progressed into a second half that had a common theme: denial.

The audience shared the frustrations of the male lead – the likeable and handsome (not necessarily related) Danish actor Rasmus Emil Mortensen (‘Marathon’, ‘Proof’), as he struggled to seduce a bride and a tease in between rejecting the advances of an emasculating wife.

Weisser shone as a newly-wed obsessing about her husband’s indifference to her hat, and Pulkrabek gave a splendidly screwball performance as the Hamlet of foreplay.

But it was Rosenmeier, confidently stripping off in front of the audience into her nightwear before demanding sex from her husband, who finally brought the bravado the play had been lacking in the first half.

I would have liked to have seen the ballsy actress in attack mode in a different role from the start, and to hell with the comparisons to Kim Cattrall. And perhaps an earlier breakage of the fourth wall, which warmed an audience that had hitherto felt like a fifth wheel.

A subtle arc
For fans of ‘Sex and the City’, this is a lot of fun. For those who only watched it to please their wife who they have since divorced, maybe not, but stick with it and you’ll start to nod knowingly through the second half.

Beyond the humour, there are other more dramatic elements to enjoy thanks to Thomas-Poulsen’s ordering of the vignettes. While they are chronological, this is never spelled out by popular culture or fashion references – it just comes across through the language and interaction. By the end of the play, it has rendered a somewhat dreamlike effect that makes you feel like you’ve been on a journey that you don’t want to end.

It’s a shame, therefore, that it got off to such an inauspicious start.