 With dory and lobster this good, don’t look away from the fish menu - The Post 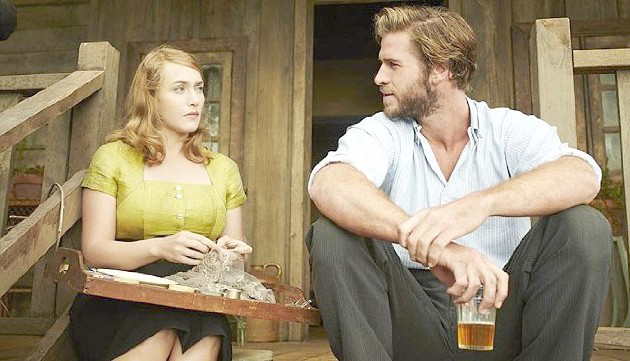 I want to be of use. But first I’m going to be rude. A lot of you are hopeless at choosing the films you watch at the cinema.

Personally, I haven’t seen a film I hated at the cinema since Home Alone 2. And that was a friend’s choice. As a courtesy he pushed me over a row of seats as we were walking out – which was the funniest moment in the entire film.

Cruising the reviews
So what’s my secret? How come I saw Reservoir Dogs and Shallow Grave, two breakout films by unknown directors, on the days they opened? Simple, I read reviews.

And no … not all of them blindfolded with a pin. You read, you learn, you discern. Five out of five stars for a blockbuster in Empire magazine, for example, normally means it’s average.

No pain = no complain
We’ve had enough of experts, we hear the Brexiters among you shout. Which is fine, but just don’t complain when the film turns out to be abysmal, or when the studios keep on churning out sequels.

Three August gems
Looking ahead over the next three weeks, there are three cracking films heading our way.
First off, Finding Dory (opens on August 25; Metacritic: 77), the long-awaited sequel to Finding Nemo, is a safe bet to give your kids one reason to look beyond the end of the school holidays.

Fifteen years on from the ropey Pearl Harbor, Kate Beckinsale is finally emerging from the LA underworld and delivering on the promise she showed in Britain. She stars in Love & Friendship (Aug 11; 87), an adaptation of some Jane Austen letters that has thrilled audiences. Beckinsale previously played eponymous Austen heroine Emma in a 1996 version, so she’s clearly at home here, particularly as the director is Whit Stillman, the maker of her first break in the US The Last Days of Disco.

Every year a sci-fi sleeper hit arrives with minimal fanfare and we all go doolally, only in the case of The Lobster (Aug 25; 82), it’s been out since 2015. In a dystopian society, adults have a choice: partner up in 45 days or be transformed into an animal. (Big Brother arguably beat them to it.) Director Yorgos Lanthimos (Dogtooth) has assembled a likeable cast including Colin Farrell and Rachel Weisz but being sci-fi, you might hate it (particularly if you’re
single).

Also out in August
Elsewhere, we have a further five films, ranging from the disappointing Suicide Squad (Aug 11; 42) – hard to escape the hype, which is quickly dissipating now everyone agrees it’s rubbish – to Florence Foster Jenkins (Aug 25; 69) starring Meryl Streep, a steady comedy that will appeal to fans of car crashes and X Factor.

Only Everybody Wants Some (83) has managed to stand out. Richard Linklater’s latest has been referred to as the university version of Dazed and Confused, his brilliant depiction of a US high school as it breaks up for the insanely long summer vacation.

Best of the rest
Over at Cinemateket, we have two Danish on a Sunday editions coming up – The Hunt (Jagten) and Key House Mirror (Nøgle hus spejl) on August 14 and 28, 14:15 – which enable viewers to enjoy a homegrown film with English subtitles.