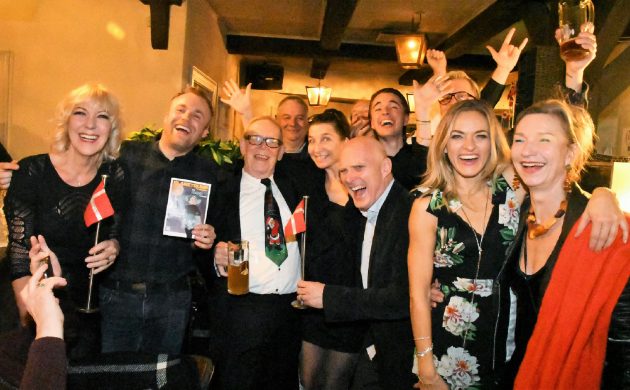 The Crazy Christmas Cabaret is celebrating its 35th jubilee this season, and the cast and crew of ‘Planet Rump – The Farce Awakens’ gave their very best on opening night on November 15. 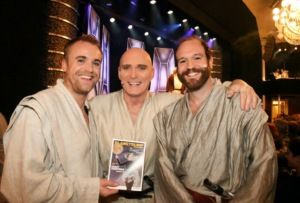 After the show, it was a who’s who of the English-language theatre scene. 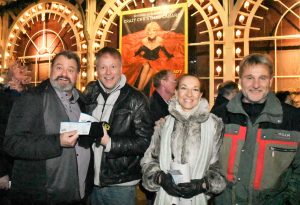 Director Barry McKenna (left), fresh from his success with That Theatre’s ‘Educating Rita’, was there 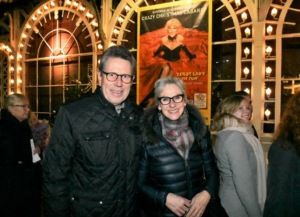 As was actress Sue Hansen-Styles (right) from Why Not Theatre. 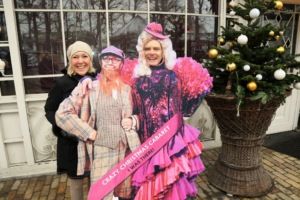 And then 11 days later it was the turn of the cabaret’s founder Vivienne McKee (left) and her leading man David Bateson (right) to be among the VIP guests at the premiere of Christmas musical ‘Julehjertet’. 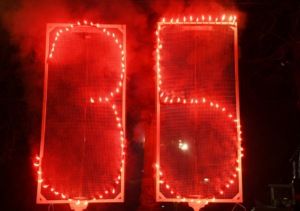 Look out for our review of this year’s Crazy Christmas Cabaret and brush up on your history of the show with our history piece. 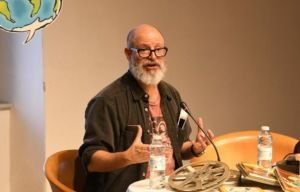 Meanwhile, on the other side of town, Mike Mignola, the creator of the Hellboy comic series, was the headliner at Art Bubble, a cartoon festival at Rundetårn on November 18 and 19