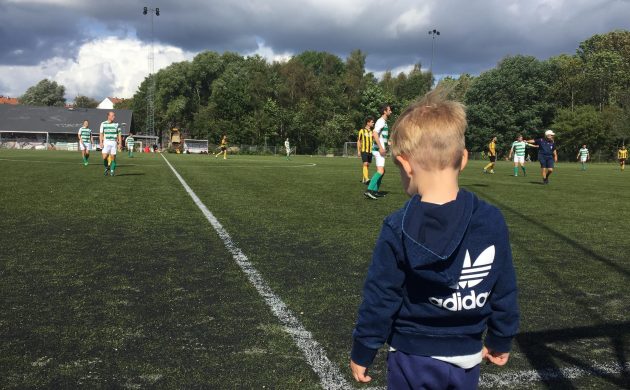 He told the genie he wanted to play for Celtic … genies can be cruel sometimes (photo: Christian Wenande)
January 26th, 2019 6:00 am| by Dave Smith

International football club Copenhagen Celtic is already training for the start of next season, which will again kick off in April and last until October.

Almost all of these teams (particularly the over-50s brigade) are looking for new players ahead of the new season – so contact the club via Facebook to find out more.

Or maybe you could try out a training session. Celtics meet at Valby Idrætspark, where they play their home games, on Mondays and Tuesdays, and March will be a particularly busy month for friendlies – a great opportunity to get involved.

Founded in 1982, the club has a great social life, with many beer-fuelled events where most of the members and former Celtics come together to celebrate as one.

Whether it’s at the English FA Cup Final meet-up in May, the football golf day in July (centre), the Summer Party in early August (centre right) and end of season party in November, good craic is had by all.