 Out & About: Vikings take the spoils but the true winners are Copenhagen Celtic - The Post 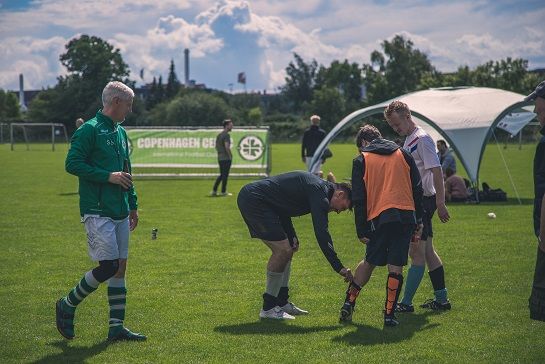 The superb day was the result of the hard work of many members, not least Simon Sheard (left) who managed the Globe team and provided all the tables (all photos: Gabriel Miranda)
September 9th, 2017 1:00 pm| by Ben Hamilton

The Copenhagen Celtic Summer Party is unrecognisable from previous editions thanks to the efforts of organisers Jon Treacher and Chris Pilbeam, who oversaw a 12-team tournament at Kløvermarken on Saturday August 5. 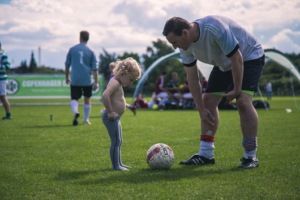 Among those there were England’s Dainon Cracknell, who gave his daughter Nora Ella a quick intro to the beautiful game before she decided she had more important things to do. 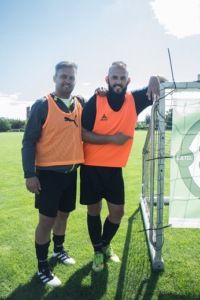 Romania’s Robert ‘Popi Popi’ Peres and his brother Gabriel, who represented a Rest of the World team that came from 3-0 down to win a quarter-final penalty shootout. 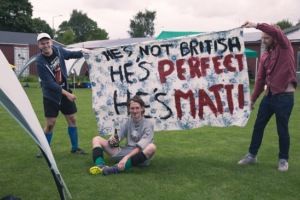 Long-time member Matti Rasmussen, the manager of one of the club’s seven teams. 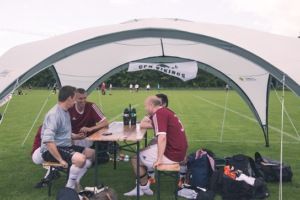 The eventual winners Cph Vikings, who saw off a strong ‘Denmark’ in the final. 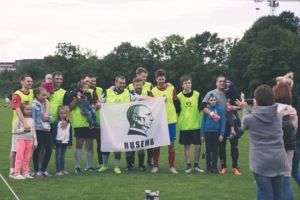 And Russia – rumours that Putin recalled them because they were rubbish were quickly quashed by the Kremlin. 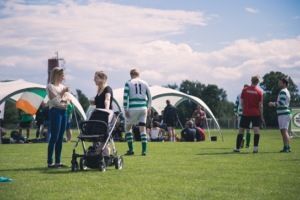 Now armed with new tents and a tried and tested formula for success, the organisers are already looking ahead to next year.

Contact the club if you want to enter a team next year!