 Out and about: I'm turning vegan-ese, I really think so! - The Post On Sunday Copenhageners also celebrated World Vegan Day! The vegan community gathered to honour the day, setting up different stands around Nytorv to commemorate the practice and also raise awareness of environmental issues, expressing the loving message that people should do the best to live in a animal-friendly world.

Curious walkers passing by stopped for information and free samples of different vegan delicacies like a vegan version of cinnamon rolls, vegan cheese, organics fruits and vegetables with dips and a variety of tasty milk substitutes. While others took their time to watch a video about how animals are poorly treated, which really made an impact – at least one guy looked like he was going to turn vegan on the spot!

Organisations like the Sea Shepherd Conservation Society were also present – an opportunity for passers-by to learn about their mission to end the destruction of habitats in the world’s oceans.

The celebration continued at the after-party at Cafe Retro, with more vegan food, a cake competition and chilled music. 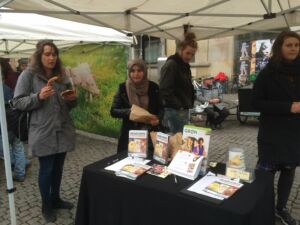 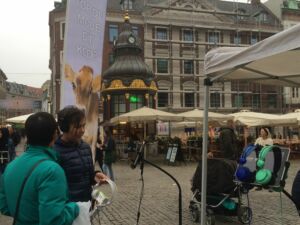 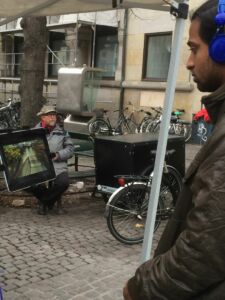 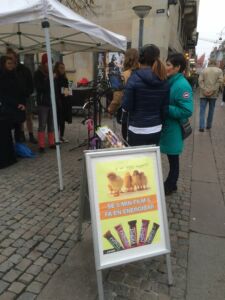 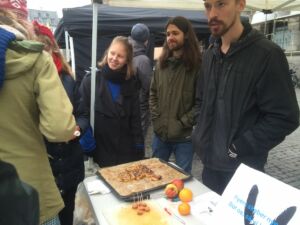 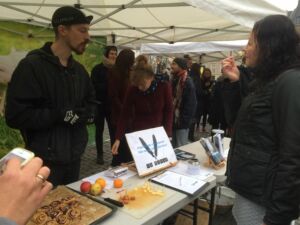 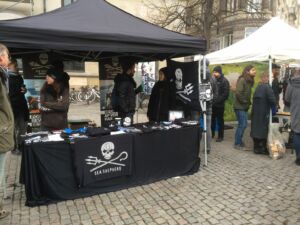