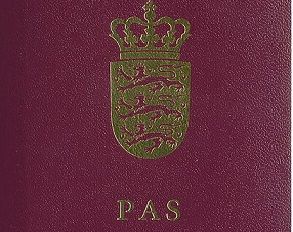 Under new legislation, the Danish government deprived a 25-year-old man and a young woman of their Danish citizenship, while out of country. This happened due to their proved involvement with the Islamic State in Syria. Court order prohibits the publication of the names of the accused.

The new emergency law, which came into effect earlier this month, allows the minister of immigration and integration to administratively revoke the citizenship of persons with dual citizenship who act against the interests of the country. Specifically, the legal text states “for example joining an armed force for a party fighting the Danish state, terrorism, including training, instruction or otherwise training a person to commit or promote terrorist acts”.

One of the two people joined IS in 2013 with the alias Abu Osman, according to a leaked IS document from 2016. Since then, he had been wanted by Danish authorities for terrorism and was eventually convicted in absentia in 2016.

A great concern for the government right now is the unknown number of foreign fighters holding a dual citizenship.

Of the total number of Danish foreign fighters who travelled to Syria to fight for Islamic State, twenty-two still remain in the conflict zone, according to an assessment by Police Intelligence Services (PET).

As announced at a consultation in September, there were 26 danish foreign fighters remaining in the conflict zone. Since then, one person died, one returned to Denmark and two had their Danish citizenship revoked.

As for the remaining 22, it is believed by PET that 11 are detained or jailed, while 11 continue to be free.

A new opportunity has been given to the Danish beef industry to enter the South Korean beef market. Denmark and the Netherlands are the first EU countries to gain market access in South Korea.

Denmark is already successfully exporting to Southeast Asia, having reached 1 million tons of exported products for a value of 20-30 million kroner in recent years.

As estimated by Agriculture & Food, exports to South Korea will be as high as 43,000 kroner per tons for one year – similar to exports to the Japanese market. Overall, a rise in demand for animal protein is expected in the region as both China and South Korea are affected by the African swine fever.

200 Danish troops will be sent to Iraq next year as a result of a decision by the Danish government to increase contributions to NATO and assume responsibility for the training mission.

This mission aims to train top-level Iraqi soldiers, build competence in fighting terrorist groups and help the country stabilise and protect itself from terrorist threats.

The mission will cost Denmark 190 million kroner. However, as stated by the minister of defence, the money is well spent.

In a recent statement, PM Mette Frederiksen asserted Danish commitment to reaching a two percent contribution to NATO’s defence alliance. This comes as a response to the continuous calls  for a greater European contribution by US president Donald Trump.

Currently, Denmark sends 1.35 percent of its GDP to NATO, falling somewhat short of the amount agreed upon by NATO member states. Frederiksen said she understands the American perspective and that the Danish government plans to reach a 1.5 percent contribution by 2023.