 ‘The Book of Mormon’ coming to Denmark - The Post 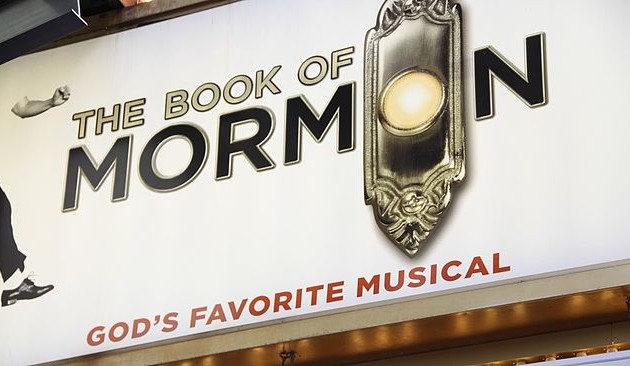 Since its premiere on Broadway in 2011, the musical ‘The Book of Mormon’ has been reaping awards, delighting theatre goers and annoying its outraged critics in equal measure.

From Broadway to the West End, the religious satire written by ‘South Park’ creators Trey Parker, Matt Stone and their partner Robert Lopez has played to sold out houses.

Now, it is finally Copenhagen’s turn. ‘The Book of Mormon’ is scheduled for Copenhagen’s New Theatre’s 2017/18 season.

“It is a quite a coup that we have the chance to stage ‘The Book of Mormon’, New Theatre head Niels-Bo Valbro told DR Nyheder. “It has an incredibly wide appeal and is one of the largest successes in recent years.”

Challenging and thoughtful
Parker and Stone have brought the irreverence they became famous for with ‘South Park’ to ‘The Book of Mormon’.

“The performance challenges boundaries, is irreverent and uncompromising, but also manages to be thoughtful in its examination of faith and religion in society,” said Valbro.

The musical tells the story of two young Mormons who are sent to Uganda to spread the message of the Book of Mormon, the book at the base of the Mormon faith.

After being in development for seven years, the show premiered on Broadway in 2011. It has won seven Tony Awards.

The show opened to rave reviews and sell-out crowds on London’s West End in 2013.