 Aristocrat whose African tale charmed America and the Academy - The Post 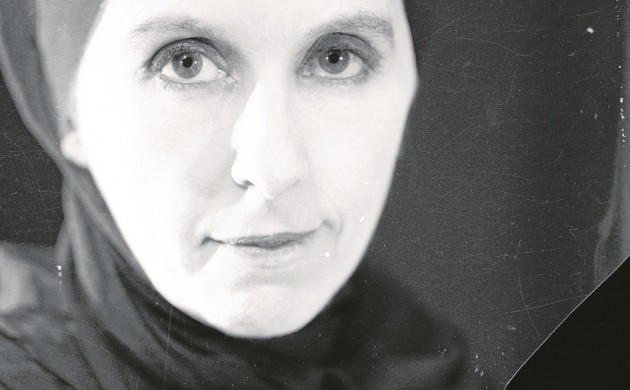 Following the suicide of her father, Blixen would often entertain her siblings with her storytelling abilities (photo: The Royal Library)
February 29th, 2016 8:58 am| by Bonnie Fortune

“I am a storyteller,” Karen Blixen says in her deep, singular voice in a recording made before her death.

She used writing and her stories about female protagonists as a way to escape the confines of a strict, religious Victorian upbringing that required little of women beyond obedience and loyalty to family and church.

Before she died in 1962, she had risen far beyond the expectations of marriage and society typical of the time to become a Nobel Prize-nominated author who danced on tables with Marilyn Monroe.

A romantically rough start
Blixen’s complicated life began at Rungstedlund, a property about 15km outside of Copenhagen where today one can visit the Karen Blixen Museum.

One of five children, she was raised by her mother after her father, Wilhelm Dinesen, a member of parliament, committed suicide.
Dinesen had contracted syphilis, and it is suggested this led to him taking his own life. The disease would also play a large role in Blixen’s adult life.

In 1879, six years before Blixen’s birth, Dinesen purchased Rungstedlund for his growing family.

It was a former inn where the Danish poet Johannes Ewald fell in love with the innkeeper’s daughter, and when Dinesen purchased the property, he named a room Ewald’s Room as a nod to this romantic history of love and poetry.

When visiting the grounds of Rungstedlund today, one can fittingly find Blixen Blixen’s grave at the foot of Ewald’s Hill.

Travelling for and from love
Blixen loved her father, who called her Tanne, and her sense of adventure was probably influenced by Dinesen’s own travels.

He lived in the United States among Native Americans for several years.

Blixen published her first short stories using the pen name Osceola, after the Native American chief. She believed that one could not write until one had lived, and her life was filled with adventure, romance, travel, and tragedy.

Blixen, however, began her creative career not as a writer, though she loved to tell stories to her siblings at Rungstedlund, but as a painter.

In 1902, she began to study painting in Copenhagen. Painting was seen as an acceptable course of study for women of Blixen’s aristocratic background.

During this time, she met her first love, Baron Hans Blixen-Finecke, a second cousin. Hans did not return her affection and in 1910 Blixen fled Denmark and the unrequited love for more art studies in Paris.

Not all ladies’ men are gentlemen
She returned to Denmark in 1912 and by the end of the year was engaged to Hans Blixen-Finecke’s twin brother, Baron Bror Blixen.

Bror was an unfortunate choice for Blixen. A ladies’ man, he succeeded in giving her syphilis in their first months of marriage.

In spite of this, Blixen remained loyal to Bror and embarked on a life-changing adventure with him to run a coffee plantation in British East Africa (now Kenya) in 1914.

Her time there is well-documented in her book ‘Out of Africa’, which was made into an Oscar-winning film starring Meryl Streep and Robert Redford in 1985.

When the Blixens arrived as some of the last wave of colonisers to the area, there were close to 30,000 white European colonisers making their fortune in the coffee and tea trade.

However, Bror Blixen, who had been appointed manager of the family coffee farm despite knowing nothing of either agriculture or business, bought an area of land unsuitable for growing coffee and their farm never once – in the 17 years Blixen was there – managed to turn over a profit.

It was during this struggle to save the farm from financial ruin that she met the love of her life, Denys Finch-Hatton, the British pilot and safari leader.

They spent a blissful decade in love. He listened to her stories and she went with him hunting for wild game and on flying tours in his small plane.

But just as Blixen was facing up to the loss of the farm and preparing to return to Denmark, she received the news that Finch-Hatton had died in a plane crash.

Back home at Rungstedlund at the age of 46, Blixen had every reason to feel like her life was over, particularly as she was suffering from the complications of syphilis treatment, which at the time included having to ingest mercury and arsenic.

But instead she began to write in earnest in a study decorated with African memorabilia, a photograph of Finch-Hatton and her tiny Corona typewriter.

Blixen under colonial covers
Unable to find a publisher in Europe, she turned to the United States for the publication of her first book, ‘Seven Gothic Tales’.

The book came out in 1934 under the pseudonym Isak Dinesen and became a popular ‘National Book of the Month’ selection.  Later books would be attributed to Isak Dinesen, as well as Pierre Andrézel.

‘Out of Africa’ came out in 1937 and her identity was leaked in the United States as that of a mysterious European baroness, which inevitably led to more readers and attention.

Blixen’s controversial portrayal of colonial Africa reflects her hierarchical worldview, consistent with her Victorian upbringing, and has been criticised for its depictions of the rigid class structure and race relations of the colonial society – and probably because it shaped so many readers’ opinion of Africa.

It would seem from her writing that she loved Africa but described her time there from a colonial perspective steeped in nostalgia.

Today, the site of her Kenyan plantation can be found in a suburb of Nairobi, fittingly named Karen.

Little successful women
As she became more successful, Blixen’s health declined. A lifetime of medication had left her in severe pain with stomach ulcers, and she was unable to eat much solid food.

In 1959, frail and birdlike at the age of 74, Blixen journeyed to the United States.

Many were curious to meet the tiny, adventurous 1957 Nobel Prize nominee from the north and despite her health problems she was feted with parties and lunches where she was served oysters and grapes, some of the only things she could eat. It was during this trip that she met the famous actress Marilyn Monroe.

Throughout her life Blixen loved birds and she even kept a pet owl. Perhaps she saw them as symbols of freedom and adventure.

At the end of her life, through her Danish radio programme, she sought donations to preserve her legacy and Rungstedlund as a bird sanctuary.

She succeeded at her goal and died peacefully at her home in 1962 knowing that the green grounds would be safe for visitors and birds for many years to come.

Pact with the devil
Today, one can visit the Karen Blixen Museum at Rungstedlund and listen to her speak in a documentary that plays every day there.

In it the narrator tells us that Blixen made a pact with the devil to become a better writer.

One can also read in her letters to her brother how she felt an affinity to the fallen angel, Lucifer, as one who better represented her difficult life full of heartache and alienation.

A macabre fantasy, but one that fits the dramatic and tragic figure of Karen Blixen.

She lived a full life, enough to allow her to tell great stories.