 Howl about a haunted hotel stay this Halloween? - The Post 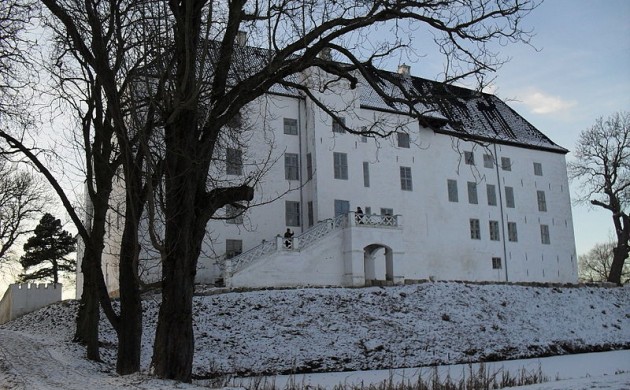 In the northwest corner of Zealand, Denmark’s largest island, there stands a castle by the name of Dragsholm. In parapsychology circles the site is well-known as one of Europe’s most haunted buildings. No fewer than 100 different apparitions have been witnessed on the grounds, but three of those have garnered international reputation. With Halloween taking place tomorrow, let’s take a closer look inside Dragsholm Castle.

For over eight centuries, there has stood a castle in Dragsholm. Today, you will find a handsome baroque four-winged structure built for the statesman Frederik Christian Adeler, but this was the castle’s second incarnation. In 1201, a small island (it was connected to the mainland in 1756) was purchased on behalf of the Catholic church by a man named Peder Sunesen in his capacity as bishop of Roskilde (his predecessor was Absalon, the founder of Copenhagen). The construction of the Medieval castle was completed in 1215.

Following the Reformation in which certain factions of the Catholic clergy broke away from traditional doctrine, it was decided that all property and riches belonging to clergy should become the property of the state, which resulted in Dragsholm being under royal jurisdiction from 1536 to 1664. During this time the building was used for the incarceration of noblemen. One such prisoner was James Hepburn, a Scottish nobleman who history remembers better by his official title, the 4th Earl of Bothwell, and for his marriage: he was the third husband of Mary Queen of Scots.

From the mid-1930s up until the present day, Dragsholm Castle has been owned by the Bøttger family. Currently it’s a hotel, but it seems some guests are unlikely to ever check out.

Numerous guests and staff have reported the figure of a white lady who wanders the castle corridors. Details vary, but the consensus seems to be that the White Lady is the ghost of a young girl, possibly Celestine Mariann de Bayonne Guildenstern (who disappeared from the castle in around 1550), who had been promised by her father to a nobleman friend of his.

The girl, however, had secretly fallen in love with a commoner. When she became pregnant, she could no longer hide the truth. It’s believed that her father held a celebratory meal at which he drugged his daughter. While she was intoxicated, he ordered servants to take her away and hide her inside the walls of the castle. Sealed in by bricks and mortar, she was trapped forever. For days she was heard crying and scratching, but those who reported the noises were told to ignore them.

For many years, few took the story seriously. But when structural renovations were made in 1910, the skeletal remains of a human female wrapped in a silk white dress were found. Those who have seen the White Lady concur that she appears to be mourning, presumably for her unborn child. She’s often seen visiting young men, perhaps searching for her lover. The remains are on display for visitors to see.

The Grey Lady – friendly spook
There are several backstories in circulation regarding The Grey Lady, the most popular being that she was the eldest sister of a large family of siblings whose parents had died. In order to keep them all together, she was trying to support them on her earnings alone, and when things became increasingly hard for her, she began stealing silverware from the castle.

She was caught by the matron, but instead of punishing her, the matron listened to the girl’s story and decided to take her under her wing. She gave her more training and more responsibility, thus raising her wages. The girl was so grateful that, is it said, she continues to maintain the castle to the matron’s high standards even today.

James Hepburn, Earl Of Bothwell – friendless spirit
Something of an international playboy it would seem, James Hepburn, Scotland’s 4th Earl of Bothwell, was of noble descent, but his behaviour seemed to be anything but. As the controversial last consort of Mary Queen of Scots, Bothwell made a grave error when, earlier in life, he made a stop in Copenhagen during a European tour. In the year 1559, he met and married Anna Throndsen, the daughter of a Norwegian admiral who was acting Danish consul. With her dowry, Bothwell continued his tour to France. When their money ran out in Flanders, Bothwell ordered Anna to sell her possessions, which she duly did before returning to her father to procure more funds for them.

Meanwhile, on finding himself in the company of the French royal court, Bothwell found employment with Mary of Guise, who paid very well for his services.

He abandoned Throndsen and began a friendship with Mary’s daughter, the soon-to-be widowed consort of the French king. On their return to Scotland in 1561, Mary assumed the throne she had technically held since she was six days old and wed her first cousin, Henry Stuart, Lord Darnley. When Darnley was murdered in 1567, many believed, then and still now, that it was Bothwell who ordered the assassination despite his later acquittal of the crime. In light of widespread scepticism, Bothwell is said to then have abducted and raped Mary, forcibly ensuring their subsequent marriage. In actuality, there is evidence that the pair had long been lovers and orchestrated the entire enterprise. Catholics and Protestants alike were up in arms about the union of this queen to a man still suspected of her husband’s murder, and it soon became clear that war was inevitable.

Bothwell fled abroad in the hope of raising an army and was reprimanded off the coast of Norway without proper documentation. Hauled into the port of Bergen, his arrival caught the attention of the worst possible person: his ex-wife Anna Throndsen. Now residents of Bergen, Anna’s powerful family ensured that Bothwell stayed in custody. Possibly still holding a flame for the Scot, Anna administered relatively light vengeance by accepting his ship and crew as compensation for all his wrong-doing. But then the ruler of Norway and Denmark, Frederik II, heard of the English interest in Darnley’s murder and chose to imprison Bothwell in Dragsholm Castle.

There Bothwell lived his final decade, chained to a pillar. The pillar can still be seen today, around which there is a circular groove he made there. Opinions differ of Bothwell’s mental state at the time of his death: Catholics claim that Protestant reports of his insanity were concocted in an attempt to discredit a testimony he gave to exonerate Queen Mary of any involvement in her husband’s murder. In any case, he never saw Mary again; she was later executed in England in 1887, 20 years after losing the Scottish crown. Bothwell died ten years earlier, in 1578 aged 44, in appalling conditions. No-one came forth to claim his body.

Many have witnessed a ghostly funeral carriage that drives a coffin from the courtyard to the nearby Fårevejle church, where his mummified remains were displayed until only recently. 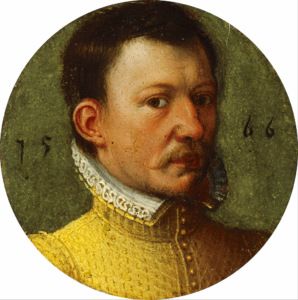