 King of the hill: Elephants, elegance and 170 years of Carlsberg - The Post 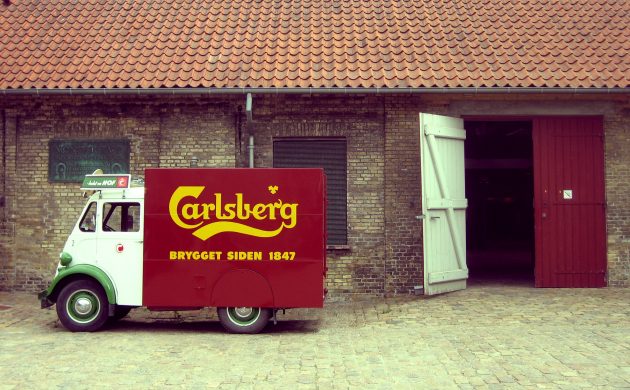 Interwoven into its fabric, Denmark’s love of Carlsberg goes far beyond beer (photo: Carlsberg)
September 3rd, 2017 6:37 am| by Sarah B. Haider

Some 170 years ago, a visionary brewer named Jacob Christian Jacobsen (1811-87) laid the foundations for a modern company in Denmark.

The man took over his father’s brewery business and followed his passion for beer on a lifelong journey to improve the quality of the brand he named Carlsberg. From lagers and ales to stouts and wheat beers, Carlsberg is arguably today the most popular beer in Denmark as well as many other countries across the world.

What makes it different from many other brewhouses is that it’s not just a commercial venture but holds great meaning for the people of Denmark.

That’s because the history of Carlsberg is intertwined with Copenhagen in a unique fashion; over the years the brewery and its surrounding areas have evolved into a complete neighbourhood oozing history and culture. 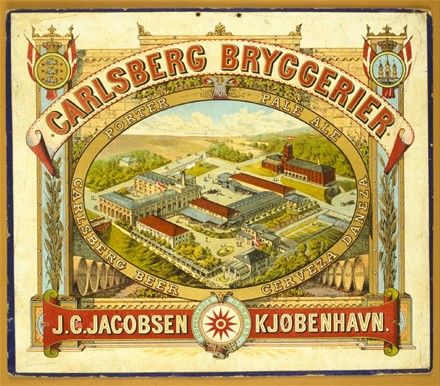 A father and son story
JC Jacobsen built his new brewery just outside Copenhagen in 1847 and named it Carlsberg – a combination of Carl (1842-1914), his five-year-old son, and ‘bjerg’, the Danish word for hill.

Brewing quality beer and striving to improve it was something that ran in the Jacobsen family, so with the same enthusiasm and inherent business acumen Carl Jacobsen grew up to assume responsibility for running the business in 1880.  However, disagreements arose between father and son over production methods.

As a result, Carl decided to build his own brewery adjacent to the site he hired from his father. The names of the two breweries were respectively changed to Old Carlsberg and New Carlsberg.

In 1906, the two breweries were merged again under the name Carlsberg Breweries, and towards further expansion, Carlsberg acquired its biggest competitor Tuborg in 1970.

In 2008, after Carlsberg moved its entire production facility to Fredericia, it opened up its closed industrial site in Copenhagen to the public, and since then it has become a popular historic place where Danes and tourists can come to learn about its history and architecture and feast their eyes on the lush green surrounding areas. 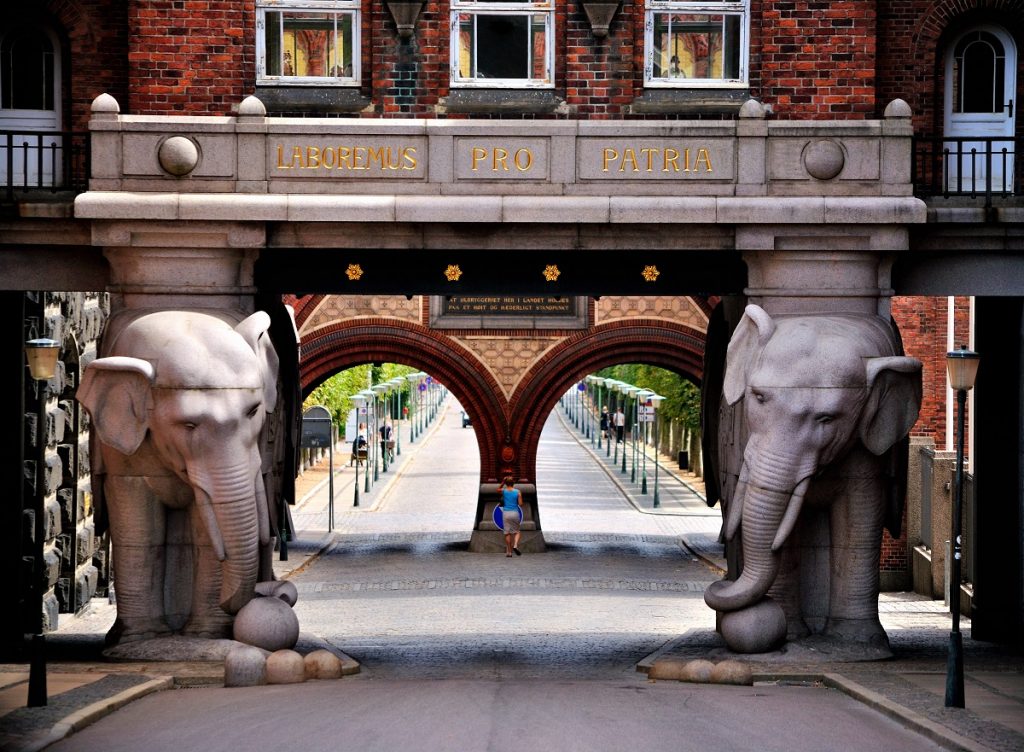 Cultural contribution
JC Jacobsen and Carl Jacobsen have contributed significantly not just towards the Danish business arena but also towards enhancing the architecture and cultural life of Copenhagen.

Among the landmark architectural structures gifted to Copenhagen by Carlsberg are the iconic Little Mermaid, the Botanical Garden and the New Carlsberg Glyptotek art museum.

Moreover, the Carlsberg Foundation, which was established by JC Jacobsen in 1876, supports visionary and innovative basic scientific research in natural sciences, social sciences and humanities. 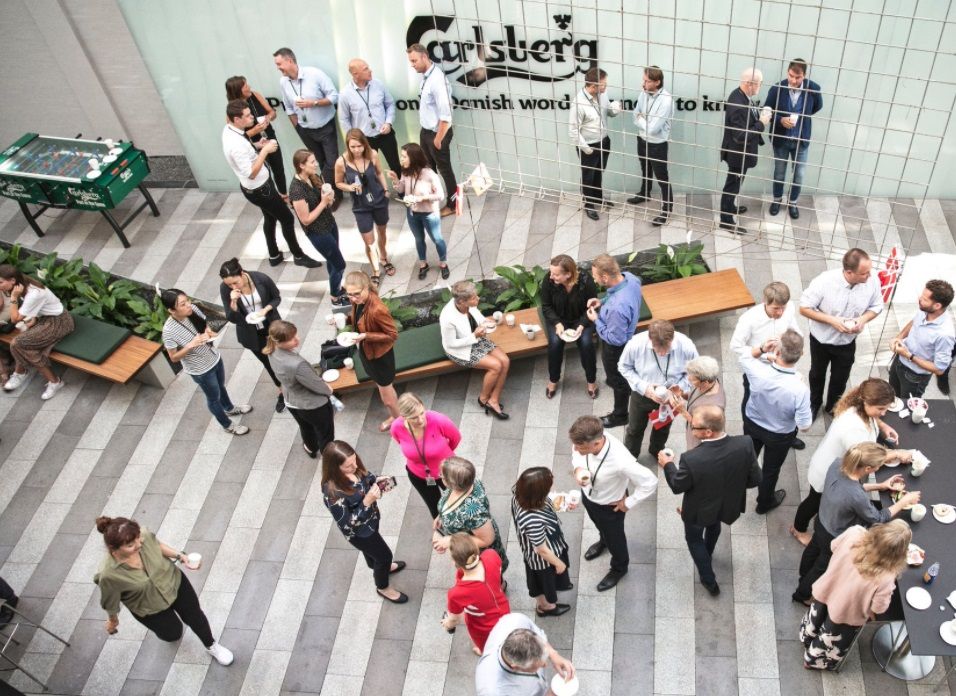 Carlsberg the city
Owing to its historical significance, the area where the original brewery is based, which still houses the company’s global headquarters, has been converted into an entire town with its very own train station.

The Carlsberg site is considered important not only because of the brewery, but also because of the association of some well-known and significant personalities who either worked for JC or Carl Jacobsen or otherwise lived in the area that is now part of the Carlsberg Town.

Both the brewery and its famous streets create a very special atmosphere in Carlsberg City, which leaves the visitor thoroughly immersed in Danish history.

Elephantine entry
The entrance of the brewery – referred to as the Elephant Gate or the Elephant Tower – is considered the most famous landmark of the area where, as the name suggests, four large granite elephants stand back to back, carrying a small tower on their backs whilst flanking the gate.

Constructed in 1901 by Vilhelm Dahlerup as the Valby-side entrance to the New Carlsberg brewhouse, Carl Jacobsen was inspired by Italian sculptor and architect Gian Lorenzo Bernini’s obelisk-carrying elephant on the Piazza della Minerva in Rome. 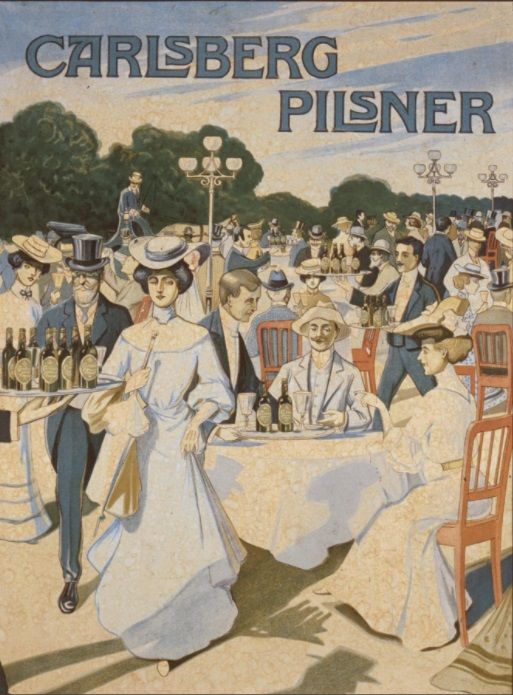 The 1883 beer
On the occasion of its 170th anniversary celebration, Carlsberg released the revolutionary ‘Carlsberg 1883’ – a beer brewed using the same yeast that Professor Emil Christian Hansen cultivated at Carlsberg Laboratory on Old Carlsberg Road all those years ago.

Until recently, the idea of rebreeding the yeast and using it in the brewing process again was inconceivable. But thanks to groundbreaking research at Carlsberg Laboratory and the contribution of scientists and beer connoisseurs who travelled to Denmark to participate in the research, it’s now possible to brew a beer using the old yeast.

This one-of-a-kind technique is being acknowledged across the globe thanks to Warner Brothers’ 45-minute documentary about the recreation of the old beer, which can now be viewed on Carlsberg’s website.

1868: Carlsberg Brewery sends off its first exports to Britain

1869: JC Jacobsen sends consignments of beer to the Far East and China to find out whether the beer is suitable for export

1875: The Carlsberg Laboratory is founded, and in September 1876, the Carlsberg Foundation comes into being by means of a deed of gift to the Royal Danish Academy of Sciences and Letters

1909: Professor SPL Sørensen of the Carlsberg Laboratory invents the pH unit to measure the acidity or alkalinity of a substance

1968: Carlsberg builds its first overseas brewery in Blantyre, Malawi, as part of Denmark’s development assistance for the African country

1972: Carlsberg builds its first brewery in Asia – in Malaysia. In the following years, a number of new breweries open in both Europe and Asia, thus expanding the company’s global outreach

1976: The Carlsberg Research Center is established with the Carlsberg Laboratory as a central department