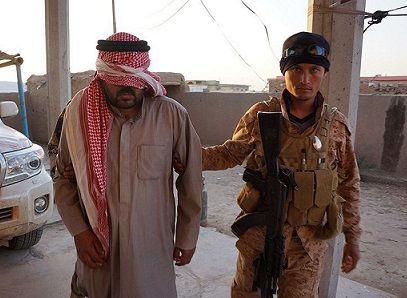 If he’s a Danish citizen he could benefit from the program (photo: Ahmad Shamlo Fard/Tasnim News Agency)
March 4th, 2019 2:35 pm| by Stephen Gadd

The wars in Iraq, Afghanistan and Syria have seen a number of Danish citizens going to those countries to fight for IS against the western coalition forces.

Recently, the US announced that it intends to release a number of these fighters  and that it expects the relevant European countries to take back their own citizens.

Political pressure is mounting to not take them back, as there are fears that the ex-fighters will come back radicalised and commit acts of terror.

A combined effort
However, it has now been revealed that Aarhus Municipality has been able to re-integrate 17 of the 20 people who returned to Denmark between 2013 and 2015 through exit programs, reports Berlingske

The 17 individuals are now engaged in either education or employment, and some have even started families.

The initiative is a combined effort between the municipality and the police in east Jutland, who invited the returnees in for a chat and offered them individual exit programs, according to Allan Aarslev, the police commissioner for eastern Jutland.

Before a judge
“It has given us the opportunity to look them in the eye and evaluate their situation and what the person needs so we can ensure they will be able to regain some sort of foothold in Danish society again,” said Aarslev.

Recently, the justice minister, Søren Pape Poulsen, stated that it is not legally possible for Denmark to refuse to allow former IS warriors to return if they hold Danish citizenship. However, they will have to be brought before a judge who will determine whether the person will have to serve a prison sentence.

Make an early start
Some experts remain doubtful about the long-term benefits of the program.

“We should remember that those who have been part of the program in Aarhus returned home early,” said Tore Refslund Hamming, a researcher in militant Islam at the European University Institute.

“There is a big difference between them and those who’ve been there for a number of years. There are varying degrees of radicalisation.”

Hamming also stated that if the scheme is extended to other parts of the country, it is important to start it as soon as possible in order to improve the chances of success.