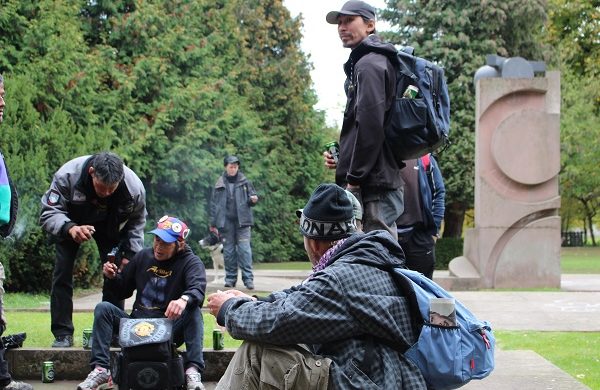 Aarhus may be enjoying ample wind in its sails by being the European Capital of Culture this year, but not everything is jovial in the ‘City of Smiles’.

On average, the Danish aid organisation Kirkens Korshær has received 211 homeless every day in Aarhus from March 2016-March 2017, an increase of 42 percent compared to the previous year, where the figure was 159.

“Our meals are very popular and at times, there just aren’t enough chairs for everyone,” Kristian Blæsbjerg Nielsen, a manager at Kirkens Korshær’s shelter in Aarhus, told Århus Stifttidende newspaper.

“We don’t reject anyone, but it’s getting tight.”

More youngsters
The homeless organisation SAND recognises the situation encountered by Kirkens Korshær and contends that now the homeless can be seen sleeping openly in the streets, something that hasn’t been seen before.

According to SAND, there has been a particular spike in young homeless people and it has become more difficult for the vulnerable community to find a food and shelter.

Another reason, SAND maintains, is that Aarhus lacks affordable housing and various reform on welfare benefits has pushed more struggling people over the edge and into the abyss.