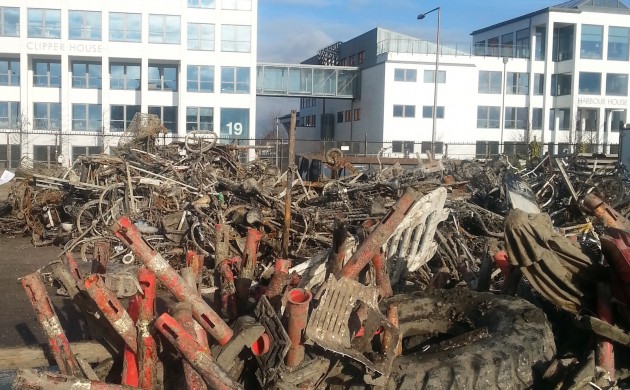 The annual cleaning of Copenhagen Harbour has netted an impressive array of rubbish, according to harbour operator By & Havn.

Since March, divers have found and collected no less than 90 tonnes of rubbish from the harbour and its canals.

“The amount of items we bring up from the bottom during the spring has remained steady at about 90 tonnes over the years,” said Gert Hjemsted Kondrup, the head of operations at By & Havn.

“But we are seeing a slight increase in lighter rubbish, which we sail around and remove from the harbour on a daily basis. Judging by the number of pizza boxes and beer cups, the waterfront is being used more than before.”

Hundreds of bicycles
Most of the items recovered from the murky depths are bicycles – hundreds of them – but there are also shopping carts, cafe chairs, traffic cones, signs, tractor tyres and walkers. And among the more unusual finds was a money safe!

By & Havn has a big spring cleaning every year to ensure the canals in the harbour don’t accumulate too much sand. Bits of rubbish can trap loads of sand and can become a risk to the many canal boats.