 Archaeologists may have found Copenhagen’s oldest church - The Post 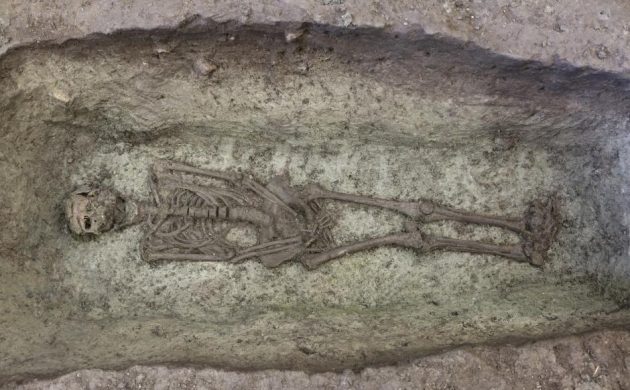 When it emerged in February that a team of archaeologists had been secretly excavating 20 skeletons under City Hall Square, it was believed they belonged to the first Copenhageners who lived some 1,000 years ago.

Now, the archaeologists have discovered the remains of a foundation that they think could stem from the first church in the Danish capital – a find that would help confirm that the Danish capital was an established city earlier than believed.

“If it is a church, it would further prove that Copenhagen was an established city at the start of the Middle Ages,” Lars Ewald Jensen, the archaeological head of the Museum of Copenhagen, told Videnskab.dk.

“You can have a burial site without an established city, because there needs to be more elements present before one can call it a city. But then again, you can’t have a city without having a church.”

Shifting history
The archaeologists contend that the church graveyard can provide them with an alternative picture that portrays Copenhagen as something more than just a fishing village adjacent to Roskilde – as the history books have contended.

That’s because, aside from the stone foundation, an additional 10 skeletons have turned up since February, giving a better impression of the size of the graveyard.

The stone foundation bears witness to either a church being at the location at some point or a dyke that has split the graveyard into two sections.

The museum aims to take DNA samples of the skeletons at some point.